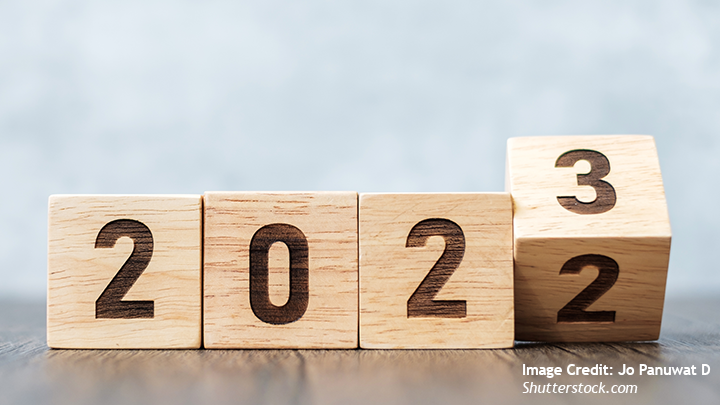 As the world welcomes 2023, ISDP invites its readers to a review of the year 2022 with 22 publications (in chronological order). 2022 was an eventful year in ISDP’s focus areas with heightened tensions and increased instability. The war in Ukraine changed the face of Eurasia and created global insecurity. North Korean leader Kim Jong-un has stepped up his provocative missile tests off the coast of South Korea and Japan, and pressure from mainland China to unify with Taiwan has reached alarming levels. 2022 also was a year of both familiar and unfamiliar political players, with the election of Yoon Suk-yeol as president of South Korea and the re-election of Xi Jinping to a historic third term.

In September 2021, ISDP hosted an event on “Politics in East Asia Today” where thirteen scholars from different countries participated. East Asia has witnessed impressive economic growth and technological innovation but faces potential challenges to its current stability and prosperity. Two of the main problems the region is currently facing are the hardships of promoting democratization and human rights efforts. During the two-day event, the participating scholars examined the most important issues which resulted in a total of thirteen articles divided into three sections: 1) Debates and Political Diary in China, 2) Democracy and Democratization, and 3) Defending Taiwan in East Asia.

Xi Jinping was elected as the leader of the Chinese Communist Party (CCP) in 2012 with the intention of overall “tightening party control over Chinese society”. Despite his predecessor’s idea and efforts to strengthen collective leadership, Xi has directed the CCP backward towards Mao’s China and the totalitarianism of his leadership. For the first time since 1949, it became possible to speak about the stifling effects of political control in China.

Economic coercion and disinformation are part of the reactionary policies used by authoritarian regimes to undermine liberal democracies. As Europe’s strength lies within its economy, Collective Economic Self-Defense (CESD), is crucial for Europe to sustain its strategic power. Europe needs to adopt a strategy of deterrence and economic sovereignty to combat future economic coercive measures of authoritarian states like Russia and China.

The Beijing Olympics: Engaging China while Feeling out for Stones – Blog Post by Torbjörn Lodén

The Winter Olympic Games were hosted by China in 2022. Compared to the 2008 Summer Olympics in Beijing, this event was fraught with controversy surrounding Xi Jinping’s continued push for tighter control and totalitarian rule in China. Several governments in the democratic world boycotted the opening ceremony by not sending their leaders to attend.

Russian Federation and China: Cooperation under the Belt and Road Initiative – Issue Brief by Julie Yu-Wen Chen and Ekaterina Nekhay

This Issue Brief looks at six Sino-Russian projects under the Belt and Road Initiative (BRI). The brief shows that three of the projects, Yamal LNG, Asinoskiy Timber Industry Park, and Belkomur actually date back to before the launch of China’s BRI in 2013 yet were later rebranded as BRI projects. The other three projects are the MGP Power of Siberia-1, Nizhneleninskoe-Tongjiang Railway Bridge, and the Moscow-Kazan Expressway which were created after the BRI came into being in 2013.

On February 24, Russia invaded Ukraine. Several countries, including Japan, sanctioned trade with Russia due to its acts of aggression. However, it was observed early on that Russia attempted to evade the sanctions by utilizing cryptocurrency as a loophole. In response, Japan, the United States, and several European countries rushed to crack down on cryptocurrency transactions by Russian users. The Japan Virtual and Crypto Assets Exchange Association (JVCEA) was one of the vital players in this endeavor.

1325 NAPs Beyond East and West: Institutionalizing the WPS Agenda in Sweden and South Korea – Focus Asia by Love-Lis Liljeström and Jiso Yoon

This article compares Sweden’s and South Korea’s primary achievements and flaws in formulating and implementing their national action plans on the UN Security Council Resolution 1325 on women, peace, and security (WPS). The paper calls for more collaboration between Sweden and South Korea on WPS.

After a neck-to-neck race on March 9, 2022, Yoon Suk-yeol from the conservative People Power Party was elected president of South Korea. Yoon’s security stance is close to a ‘no mercy policy ‘ against Pyongyang and received support during his campaign for ‘Preemptive Strikes‘. Yoon likewise promised to join the Quad as well as reaffirmed his strong commitment to regional security and bolstering the Korea-U.S. alliance through global partnerships.

Japan still lags significantly behind in an important indicator of human development: female representation. Only 45 out of 465 legislators in the Lower House of Representatives are female with the Upper house not faring any better. These numbers could be because of formal institutional factors, including Japan’s confusing electoral system and political landscape which mainly centers around the one-party dominance of LDP, and informal institutional factors, such as the dynasticism tradition in the country.

This Issue Brief discusses how regional security in the Persian Gulf is vital for the international oil and gas market, as well as maritime security in the western Indian Ocean. For three decades, India’s policy towards the Gulf and the wider West Asia/Middle East region has been marked by bilateralism within the broader framework of a multi-aligned foreign policy. India avoids taking sides in regional disputes as it can harm its primary interests pertaining to trade, commerce, business, security, and defense cooperation. However, changing dynamics in the Indo-Pacific region and deteriorating Sino-Indian relations are forcing India to recalibrate its regional approach.

The War in Ukraine: Drawing Lessons for the Korean Peninsula – Blog Post by Mats Engman

The war in Ukraine will have far-reaching consequences beyond European security. The true face, danger and unpredictability of authoritarian political systems and leaders were apparently not properly understood and acted on by European leaders. Even though it may be too early to make precise predictions, there are already some important lessons for European security as well as for security on the Korean Peninsula and in East Asia in general.

Indo-Pacific at a Loss: The Abe Memoire – Commentary by Jagannath P. Panda

The assassination of former Japanese Prime Minister Shinzo Abe is a great loss for the Indo-Pacific region and the global community. Abe played a key role in building a united and democratic Indo-Pacific coalition. Abe’s diplomatic skills contributed to joining major powers of Japan, the U.S., Australia, and India under a single umbrella of the Quadrilateral Security Dialogue. In this commentary, Jagannath P. Panda looks at Shinzo Abe’s legacy for Japan and the Indo-Pacific region.

The NATO’s 2022 Strategic Concept redefines its security assessment in response to new challenges and threats. Russia is now described as the most significant and direct threat in the Euro-Atlantic area and China is identified as harmful to the Alliance security. The global perception of the center of gravity of the world order shifted from Trans-Atlantic Europe to the Indo-Pacific. Therefore, NATO’s acknowledgement of the importance of the Indo-Pacific region is crucial nowadays.

The Communist Party of China (CCP) has established networks of intelligence and influence in Finland, intended to advance China’s “core interests” as well as monitoring the activities and sentiments of overseas Chinese communities. In this Asia Paper, Matti Puranen explains the Chinese strategic interests and the main drivers of China’s hybrid policy in Finland and on a global scale, as well as discusses the theoretical framework of “hybrid threats”.

The visit of Nancy Pelosi, Speaker of the United States House of Representatives, to Taiwan was regarded by China as a threat to international peace and security as well as to the international integrity of China. In this blog post, Niklas Swanström analyzes how Pelosi’s visit influenced China’s behavior towards Taiwan and the kind of message Beijing sends to Taiwan and the U.S.

This joint publication of ISDP and the Kajima Institute of International Peace (KIIP) in Tokyo addresses Climate Change issues that both Japan and the EU/Sweden are confronting at large. The paper examines how climate change mitigation efforts may lead to conflicts among countries and argues that climate change actions and international peace could be mutually contradictory goals. In order to stand up to the new challenge, Japan and the EU/Sweden should combine efforts in finding a solution-oriented approach to climate challenges.

China: Where Amnesia is a Political Weapon – Blog Post by Torbjörn Lodén

Xi Jinping stated in his report to the Twentieth Party Congress that further strengthening of the Party is necessary for the successful realization of the “Chinese Dream”. However, Xi’s report did not mention the dark pages of the Communist Party rule in the past, like the Great Leap Forward and the Cultural Revolution. In this blog post, Torbjörn Lodén highlights the forgotten actions of the CCP and discusses how political amnesia affects China’s current politics.

China’s rise as a global superpower led to the emergence of the Quad grouping as a balance of power mechanism in the Indo-Pacific region. China refers to the grouping as an “Asian NATO”, openly denouncing the terms “Quad” and “Indo-Pacific” and highlighting this grouping as a challenge in the region.

After destructive floods in Pakistan, its government considered the possibility of importing food from neighboring India. However, the two sides refused to resume bilateral trade. Nevertheless, experts are optimistic about the possibility of durable peace between the two countries. The blog post by Rishap Vats examines factors that halt India and Pakistan’s willingness to cooperate peacefully.