North Korea, after over seven decades since establishment, continues to be poorly understood. The paucity of knowledge regarding the country is not only a matter of the lack of access […] 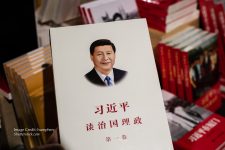 Abstract One of the latest extensions of Xi Jinping’s influence on Chinese society is the incorporation of ‘Xi Thought’ into elementary and middle school curriculums. Like his predecessors, Xi is […]

China and the Nordics: Tracing Trends in Relations