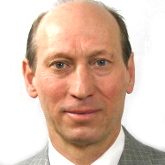 Major General (ret.) Mats Engman, is a Distinguished Military Fellow at ISDP. His expertise lies in security policy, military strategy and crisis management, and his work has a particular focus on developments in East Asia, and the Korean Peninsula.

Maj Gen Engman has more than forty years of active military service. His most recent assignment was as Head of the Swedish Delegation to the Neutral Nations Supervisory Commission, in South Korea between 2015-2017. He was commissioned in the Swedish Air Force in 1976 and has predominantly served in joint and international positions. Among those are; two times as a UN military observer in the Middle East, three years as the Defense attaché to the United Kingdom and the Republic of Ireland, Instructor in strategy at the National Defense College, Deputy Director of the Military and Security Directorate and Head of the International Department at the Joint Staff.

Maj Gen Engman is a graduate from the Swedish Command and Staff College, as well as the Geneva Centre for Security Policy. He has also attended the US International Intelligence Fellows program at Bolling AFB, the US Senior International Defense Management Course in Monterey and the United Nations Senior Mission Leaders Course in Amman, Jordan.

Amongst his many accolades, he has been awarded the US Legion of Merit and the Republic of Korea’s Order of National Security Merit Cheonsu Medal.