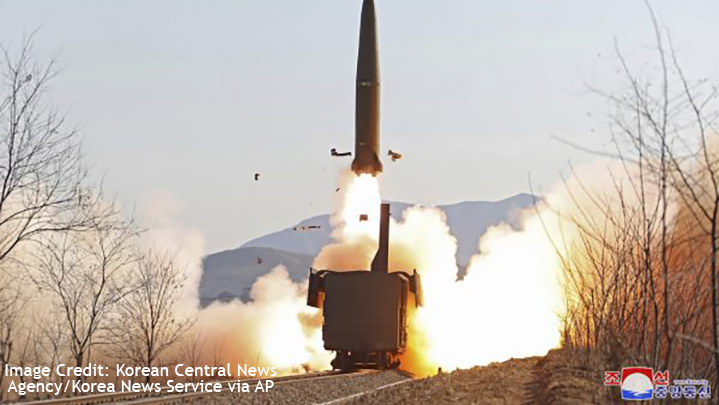 North Korea fired two missiles eastward from Sunan Airfield in Pyongyang on Monday, according to South Korea’s Joint Chiefs of Staff (JCS). The missiles – suspected to be short-range ballistic missiles (SRBMs) were launched at 8:50 a.m. and 8:54 a.m. Korea Standard Time (KST), respectively, and flew about 380 km at a maximum altitude of 42 km, the JCS said.

South Korea’s JCS said it is analyzing more details on the type and performance of the latest missiles with the U.S. military. Based on the information released by the JCS so far, the missiles could be North Korea’s KN-23, KN-24, or KN-25 missiles.

South Korea’s National Security Council held an emergency meeting hours after North Korea launched the two “apparent” SRBMs on Monday. In a statement after the meeting, the NSC called the North’s missile tests “very regrettable,” a slightly stronger response compared with its expression of “strong regret” after previous tests.