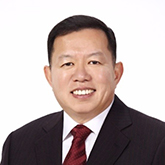 Chun has previously served as Vice President of the Korea Freedom Federation, Chief of the Election Support Branch, Civil Military Affairs/Strategic Operations Directorate at the Multi-National Force (MNF) in Iraq. He was recognized by both the Republic of Korea and the United States for his contribution to the first “Fair and Free” elections in Iraq on January 30, 2005, with the Hwa-Rang Combat Medal and the U.S. Bronze Star Medal.

From November of 2005, Lieutenant General (Ret.) Chun served as the Director of U.S. Affairs at the Korean Ministry of National Defense and was involved in negotiations and cooperation with the U.S. on the relocation of U.S. forces, camp returns, ROK/U.S. Joint Vision Study, Special Measures Agreement, and the transition of the Wartime Operational Control.

LTG(R) Chun commanded the 27th Infantry Division and was the Senior Member of the UN Command Military Armistice Commission. In November of 2013, he was promoted to Lieutenant General and was assigned as the Commander of the ROK Special Warfare Command. Lieutenant General (Ret.) Chun retired from active duty as of July 31, 2016.

Lieutenant General (Ret) Chun has also conducted concurrent fellowships with the Brookings Institute and the U.S.-Korea Institute (USKI) at the Johns Hopkins School of Advanced International Studies (SAIS) until October 2017. He was also a Distinguished Visiting Fellow at the Sam-Nunn School of Advanced Studies at Georgia Tech.

LTG (R) Chun was awarded the National Security Medal (Kwang-Bok) in 1983 for saving the life of General Lee Ki-Baek in the Rangoon bombing attack.