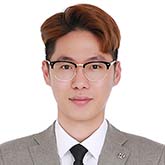 Mitch Shin is a Non-Resident Research Fellow of the Institute for Security & Development Policy (ISDP), Stockholm Korea Center. He is the Chief Koreas Correspondent at The Diplomat where he covers national security and foreign affairs of the two Koreas. He received a bachelor’s degree in Communication from the University of Utah. Before he joined the team, he covered local news of South Korea as a news reporter at Asia Times. He also worked as a news assistant for contributors working with Deutsche Welle and Al Jazeera. Mr. Shin’s main research areas are emerging defense and security technologies, deterrence, non-proliferation, and security and conflict of the two Koreas.