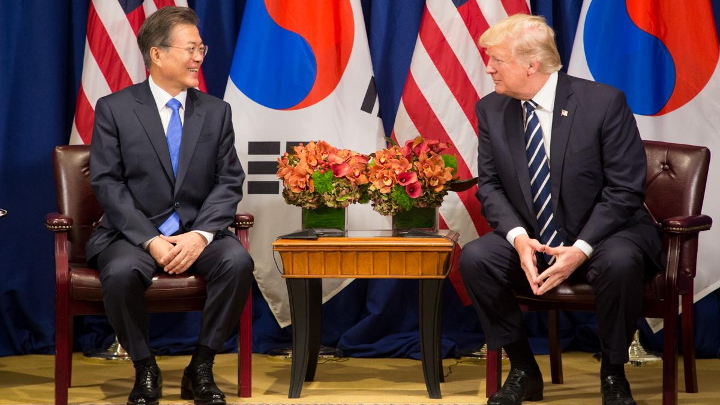 Following a dangerous escalation of tensions last year, few could have envisaged the rapid turnaround in events witnessed so far amidst a flurry of high-level summit diplomacy. Although the complete denuclearization of North Korea remains a hypothetical scenario for now, its prospect would herald huge implications not only for inter-Korean relations, but also regional security dynamics in Northeast Asia. A key question, therefore, is how a process of denuclearization would impact on the U.S.-ROK alliance – an alliance which in October will commemorate 65 years since the mutual defense treaty was signed between the two sides in 1953.

North Korea’s perceived military threat constitutes a key rationale for American military alliances with South Korea and Japan. The U.S.-ROK alliance is arguably at its strongest when North Korea is deemed to be the greatest threat. Accordingly last year, responding to a succession of missile and nuclear tests, President Moon Jae-in not only sanctioned the largest joint military exercises yet seen between the two allies, but also fast-tracked the installation of the contentious U.S. THAAD anti-missile system, at the expense of South Korea’s relations with China.

Read the full article at the Italian Institute for International Political Studies.