A Steady Hand: The EU 2019 Strategy & Policy Toward Central Asia 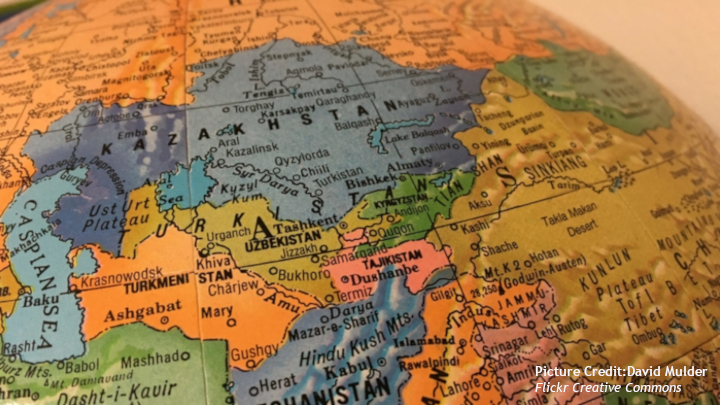 The launch of a new EU Strategy for Central Asia in June 2019 marked a milestone in the gradual development of relations between the EU and the region. The Strategy’s launch coincides with considerable change in and around the region. Internally, Central Asia has experienced a renewed commitment to reform and regionalism; meanwhile, the region has  seen a greater engagement by neighboring powers, most immediately through large-scale Chinese and Russian initiatives, but also in the shape of a growing interest on the part of Asian powers as well as the United States.

A closer analysis of the EU’s engagement with Central Asia paradoxically indicates a sort of parallel evolution: both the EU and the Central Asian states are products of the post-cold war era, and their relations have intensified along with their own internal evolution into ever more solid entities on the international scene. Whereas the EU and Central Asia in the early 1990s were weakly institutionalized and had little to do with each other, that has changed. The EU has gone through deep internal processes through which it emerged with a Common Foreign and Security Policy, and the institutions, like the European External Action Service, to implement it.

Similarly, the development of statehood in Central Asia has allowed the regional states to develop relations not just with their immediate neighbors, but with the wider world. From a Central Asian perspective, the EU is a valuable partner as it is not, inherently, a traditional great power with designs on the region’s sovereignties; but an important trading partner as well as a source of technology and assistance. Conversely, as the EU has developed a global posture, Central Asia has acquired greater importance. Several factors have contributed to this: growing European attention to Eurasia following the conflict in Afghanistan; the EU expansion into Eastern Europe; mounting troubles in EU-Russia relations, including energy security concerns; and the emergence of China on the world stage, including through its Belt and Road Initiative (BRI).

The gradual intensification of EU-Central Asia relations is traceable in the series of EU documents on the region that have been issued since a first assistance strategy was drafted in 2002. A formal EU-wide strategy followed in 2007, which was subsequently revised several times, culminating in its replacement by the newly promulgated 2019 document. What started as a roadmap for foreign assistance has, over time, morphed into a complex document seeking to balance a wide array of interests, ranging from the promotion of trade and energy ties to enhanced dialogue in security matters as well as a focus on human rights and good governance.

The overview of EU policy in this study suggests that from relatively modest beginnings two decades ago, the EU has devoted considerable attention and resources to its relationship with Central Asia – with a very organized approach, involving the production of concrete strategies, reviews of these strategies, and European Council conclusions on the region on a bi-yearly basis. This approach compares favorably to the more disorganized policy of the United States toward Central Asia. The EU’s systematic approach has allowed it to avoid the pitfall of U.S. policy, namely to risk treating Central Asia as a corollary to policies on other issues or powers rather than as a goal in itself. This EU has defined its relations with Central Asia on the basis of its interests in the region itself, and not as an appendix to something else. That said, a series of issues continue to confront EU policy in Central Asia.

First among these is scope. The EU is active on numerous fronts and needs to take into account the interests of 28 member states, different EU institutions, civil non-government and activist organizations, and Central Asian governments. Navigating the different priorities advanced by different actors raises the risk of the EU trying to do too much with too little, instead of focusing its energies on several specific matters. The 2019 strategy’s structure suggests a conscious effort to narrow down the scope of the strategy. Still, many of the existing priorities remain in force, only being relegated to subordinate priorities under the respective key rubrics. Indeed, few of the priorities expressed in the past have been dropped from the new strategy; but the EU has made it more clear where it is intending to invest most of its resources and has indicated concrete priorities.

Second is the regional question: the EU is frequently criticized for taking a regional approach to countries that have distinct differences. Is the EU right to frame its interactions with Central Asia on a regional rather than bilateral basis? While this was a frequent criticism in the past decade, the growing enthusiasm for regionalism across the region must now be said to vindicate the EU’s regional approach. Central Asian states themselves have made clear they consider themselves part of a distinct Central Asian region – something most plainly stated in the official foreign policy doctrines of Kazakhstan and Uzbekistan, which both make “Central Asia” the priority of their foreign relations. In addition, the alternative – viewing Central Asia from the perspective of its neighbors – has the direct implication of removing the focus from Central Asia itself, and seeing its states as loose appendages to other great powers or conflict zones, thus strengthening centrifugal tendencies that run counter to long-term interests of both the EU and Central Asian states.

That said, this regional approach should avoid being mired in a Soviet-era definition of the region. Across the region, in fact, the growing acceptance of a larger definition of Central Asia as extending to the south and east is unmistakable. While maintaining its focus on the five post-Soviet states of Central Asia, the EU has for far too long treated Central Asia as entirely separate from Afghanistan, thus missing opportunities to develop synergies between its activities in both areas. Similarly, Central  Asian states are strongly affected by developments in China’s Xinjiang Uyghur Autonomous Province, while the links between Central Asia and the South Caucasus across the Caspian Sea are crucial to the region’s economic development, and not least to its links to Europe. The EU has considerable potential to function as an engine for boosting Central Asian cooperation with both Afghanistan and the South Caucasus.

A third perennial challenge has been to balance the normative elements of the EU’s agenda – advancing human rights and democracy – with the pursuit of European interests in the spheres of trade, energy or security. The apparent tension between these EU objectives has led to considerable criticism of EU double standards. This issue affects the very legitimacy and internal consistency of the EU’s policies in Central Asia. But the activists’ charge that the EU ignores normative matters for the sake of self-interest does not hold up to scrutiny and stems largely from unrealistic expectations. For one, the EU has made the determination that the promotion of human rights and democracy is a long-term endeavor and emphasized a  measured and cautious long-term promotion of the prerequisites for sustainable democracy. Therefore, EU efforts have centered on the promotion of poverty reduction, education, and good governance in Central Asia rather than an aggressive promotion of immediate political change.

Viewed in this light, the EU has actually invested considerably more in the promotion of domestic development in Central Asia compared to strategic interests such as energy and security. In sum, the EU has correctly adopted an approach that focuses on good governance and economic development, criteria that are necessary for long-term democratic development, and which require cooperation with governments rather than efforts to circumvent or undermine them.

Fourth, how should the EU approach security affairs in a region dominated by hard security actors? Central Asia is a region where states face hard security questions that touch directly on their sovereignty. The EU, as an entity, has only reluctantly been forced to accept the continued primacy of geopolitics. Its challenge in Central Asia is to simultaneously adapt to this hard power reality, while carving out a niche on the basis of how it differs from hard power actors. To do so, it must adjust its policies to take into consideration a reality where concerns of sovereignty, statehood and security are at the center of its Central Asian counterparts’ mind. The EU can no longer rely solely on the power of its normative values, but must act more as a power rather than an integration project. This applies very directly to the EU’s approach to the Central Asian states’ efforts to balance China and Russia, a situation where the EU now finds itself, for most practical purposes, the Western power most engaged in Central Asia. Key in this regard is the facilitation of Central Asian regional cooperation, a matter raised as a cross-cutting priority by the EU.

Fifth, the EU puts strong emphasis on supporting education in Central Asia. However, like Central Asian states themselves, the EU has tended to focus too much on higher education at the expense of K-12 education, and the development of practical skills in the Central Asian labor force.

Sixth, while the EU is correct in highlighting the struggle against violent extremism in its 2019 Strategy, that struggle should not be limited to a fight against armed groups, as it is also a struggle against the ideologies underpinning violent acts. Against this background, it is unfortunate that the 2019 Strategy omits the emphasis put in the 2007 document on the domestic religious traditions of Central Asia, and their acceptance of secular governance – something that makes Central Asian states stand out in the Muslim world, providing a unique point of commonality with Europe. The EU should support the further development of secular governance, seeking to work with Central Asian states to reform and improve their implementation of secularism in a more positive and constructive direction.

Finally, the EU’s success in developing relations with Central Asia is to a considerable degree a function of the fact that the most senior EU officials – unlike their predecessors – have taken Central Asia seriously, and have devoted time and energy to meeting their Central Asian colleagues and not least, to listen to their concerns. Against this background, the task of keeping EU-Central Asia relations at the current level, and ideally to intensify them further, requires the incoming leadership of the EU – particularly the incoming Vice President and High Representative Josep Borrell – to take a similar level of interest in Central Asia and visit the region as soon as possible.