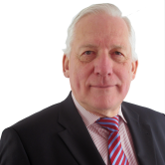 Deputy Chairman of the Board & Senior Research Fellow

Deputy Chairman of the Board & Senior Research Fellow

Ambassador Per Eklund is a Senior Fellow at the Silk Road Studies Program. Ambassador Eklund joined in February 2011 after retiring from his position as head of the European Union Delegation to Georgia. He joined the European Commission in 1997 and his other missions included Guyana, Suriname, Trinidad and Tobago, the Netherlands Antilles and Aruba. Initially, he worked on EU assistance to Russia, then to all former Soviet states.

Publications by Per Eklund