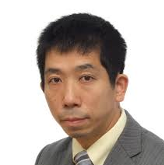 Shoichi Itoh is a senior analyst and manager at the Institute of Energy Economics, Japan (IEEJ). He has extensive expertise in global energy markets and geopolitics, and is a frequent speaker on energy security around the world. He held visiting fellowships at the Center for Strategic and International Studies (CSIS) in 2010, at the Brookings Institution in 2009 and at the Monterey Institute of International Studies in 2006. He also served at the Consulate-General of Japan in Khabarovsk as political and economic attaché in 2000-2003. He earned master’s degrees at the University of London and the University of Tsukuba.

Itoh has spearheaded a variety of policy projects particularly on the U.S.-Japan alliance and also widely published on the international relations and energy links among Japan, China, Russia, and the United States.

His recent publications include: