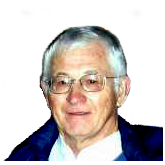 Dr. Bedeski received both his MA in Asian Studies and his PhD in Political Science from the University of California, Berkeley. He was the first non-Japanese research fellow at the National Institute for Defense Studies in Tokyo in 1980-81.

Since the beginning of his academic career, Dr. Bedeski has focused on the structure and formation of the Asian state in China, Japan, and Korea. In 2008, he received an Honorary Doctorate from the Mongolia Academy of Sciences, and was Visiting Aung San Suu Kyi Endowed Chair in Asian Democracy at the University of Louisville, Kentucky (2008-09).