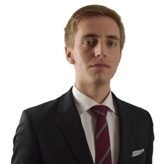 Pär Nyrén was previously an intern and Junior Research Fellow with ISDP’s Stockholm China Center. His research interests include China’s overseas economic interests and China’s foreign policy. He has previously completed an internship at the Swedish embassy in China and has been a Young Ambassador at the Carnegie-Tsinghua Center for Global Policy, a Beijing-based think tank.