A Summary of the ISDP Forum ”What’s next for the Belt and Road? Chances and challenges for Sino-European relations” 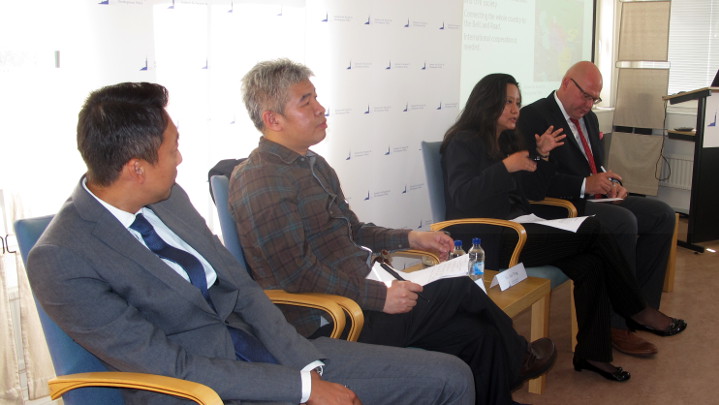 On September 2nd, the Institute for Security and Development Policy hosted a panel discussion on the state of the Belt and Road Initiative. As an essential part of China’s foreign trade agenda, the Belt and Road Initiative, announced by President Xi Jinping in September 2013, is bound to have a profound impact both in China as well as the in multiple countries involved in the projects.

After a brief introduction of the topic by Dr. Sangsoo Lee, Dr. Liu Ying went through some of the economic reasons for China’s foreign trade initiative. In the context of stalled global trade and lack of demand, among other issues, Dr. Liu described the Initiative as an attempt to open up new doors for foreign trade.

Following up, Dr. Lai Hairong stressed that while China has benefitted from joining existing economic governance institutions, such as their accession to the WTO in 2001, taking the Initiative for new economic platforms has its particular advantages, especially as WTO negotiations have reached a stalemate.

Dr. Niklas Swanström added that while the Initiative is primarily based on economic motives, political considerations cannot be ignored. Considering the lacking rule of law in Central Asia, there is a risk that investments could be absorbed by corrupt actors. In his view, in order for the Belt and Road Initiative to reach its full potential, there must be multilateral efforts to strengthen the states, institutions and civil societies of the Central Asian economies.

After the speeches, Dr. Lee moderated a Q&A. A broad range of issues were addressed, including what results the Initiative has produced so far, how institutions such as the AIIB play a part and how the Initiative will affect Chinese soft power in the region.

ISDP would like to thank the panelists and all participants who together contributed to a stimulating exchange of ideas and viewpoints.