Summary of the presentation “One Belt One Road: Opportunities for Sino-European Cooperation” 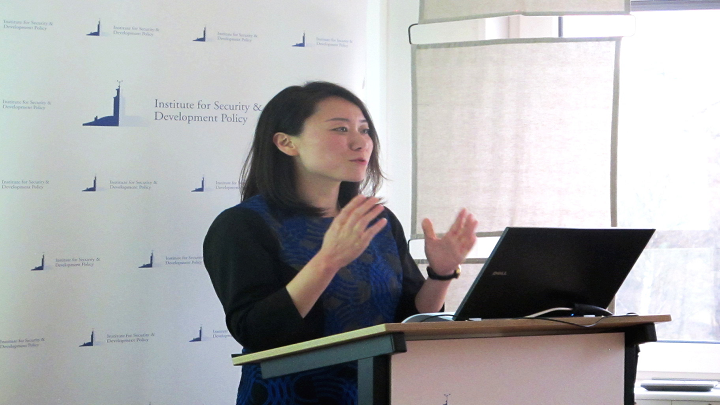 On April 28, 2016, the Institute for Security and Development Policy (ISDP) organized a forum entitled “One Belt One Road: Opportunities for Sino-European Cooperation”. The event was the product of the extensive research conducted by Dr. Liu Minru from the Central Compilation & Translation Bureau of the Communist Party of China (CCTB of CPC), one of the most important think tanks within the CPC. This ISDP forum marked the end of Dr. Minru’s time at the ISDP, where she has been a guest researcher for the past year.

Dr. Minru began her lecture by providing participants with a brief introduction to the Silk Road Economic Belt and the 21st-Century Maritime Silk Road Initiatives- commonly known as “One Belt and One Road” (OBOR) Initiative. Drawing on the plan of action issued by the Chinese government in 2015, Dr. Minru highlighted five areas for improved collaboration between China and countries along the Belt and Road. These are: enhancing policy; infrastructure connectivity; unimpeded trade; financial integration; and exchanges of people and culture. She provided an in-depth analysis of the latest developments, main proponents and long-term objectives in each of these particular areas. The rapidly developing cooperation between China and Central and Eastern European countries, namely the 16+1 cooperation, was stated as a case study.

This was followed by an investigation of the main factors boosting Chinese interest in the Initiative. Dr. Minru argues that China’s ambition derives from multifarious dynamics that accompanied the country’s recent socio-economic development and its commitment to an alternative approach to international development. One based on supporting infrastructural programs as well as ‘no conditions attached’ economic co-operation. Dr. Minru concluded her presentation by accentuating the challenges that this ambitious project may face in both Europe and China. She also pointed out several opportunities for Sino-European cooperation in the context of OBOR, adding that the Sino-European exchange of people and culture will play a fundamental role in its materialization.

We would like to thank Dr. Minru and all participants for their valuable contribution during a very productive and successful event.