Roundtable with a delegation of scholars from Guangdong University 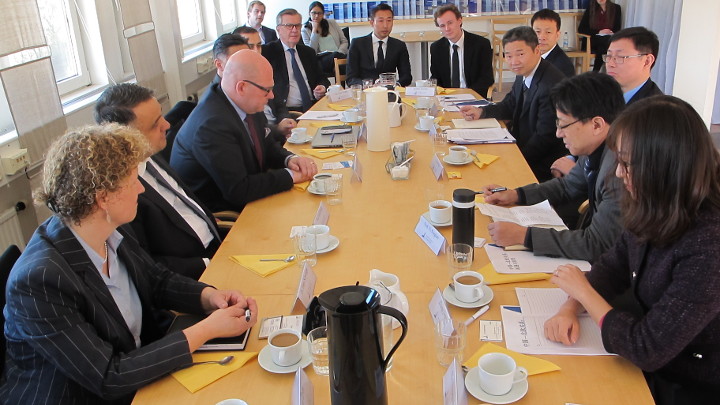 On April 19, ISDP hosted a Chinese delegation, composed of scholars from Guangdong University, for a roundtable discussion on Sino-European relations and perspectives on current events.

The topics of discussion included the future of the European Union in light of Brexit and the upcoming elections in France and Germany, and the consequences of the Turkish referendum on the EU. Russia’s role in the Middle East as well its connections with populist parties in Europe were also touched upon. Turning to China and its relations vis-à-vis other global actors, the Chinese perception of President Trump and the potential challenges to his presidency were discussed, along with differences in the approaches of China, the EU, the USA and Russia in the international arena.

China’s engagement within Europe was a further point of the discussion. Participants shared their views on mutual areas of interest for the PRC and EU, as well as the development of the perception of China by the European civilian population and political establishment. In addition both delegates and invitees were able to exchange more immediate question and observations about developments in Swedish and Chinese academia and culture.