Turkey is Yet to “Conquer” its History 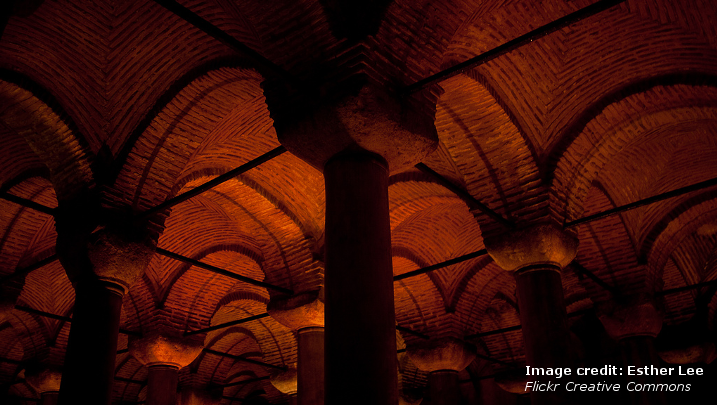 The celebration of the conquest of Constantinople 1453 is an expression of Turkey’s quest for purity. The “ideology of conquest,” the need to symbolically and repeatedly reclaim what has been Ottoman and Turkish for centuries, ultimately speaks of an existential unease with a historical legacy that is marked by a heterogeneity that is unsettling for an authoritarian state that seeks uniformity. The need to celebrate the conquest of the most important city of the land shows that Turkey is yet to become reconciled with its past. Such reconciliation calls for assuming the entirety of what is a multi-layered historical legacy. Recognizing that Turkey is the result, not so much of conquest, as of a history of continuous mixing and assimilation of aboriginal cultures and state traditions, is also the key to coming to terms with country’s ethnic and cultural diversity today and securing a democratic future for Turkey

BACKGROUND: On May 29, Turkey commemorated the 563rd anniversary of the 1453 conquest of Constantinople, the capital of the East Roman Empire. President Recep Tayyip Erdoğan and the new Turkish Prime Minister, Binali Yıldırım, participated in a grandiose ceremony in Istanbul that drew an estimated one million spectators. In the speech that he delivered at the ceremony, Erdoğan argued that the conquest still reverberates in Turkey’s relations with the West.

The Turkish president claimed that the West has not forgiven the Turks for having put an end to the empire of the Byzantines (who called themselves Romans): “The conquest is the breach of the walls that the West thought were impregnable. The conquest is the defeat of the millennial Byzantium by a twenty-one year old sultan. The settling of the accounts of this conquest has been going on for five hundred and sixty three years and it has still not ended. Indeed, it will go on as long as the call for prayer echoes over the skies of Istanbul and as long as our crescent and star flies over those skies. Those who are using the separatist terrorist organization as a battering ram don’t care about our Kurdish brethren or about that region. The whole point of what they are doing is to avenge the conquest.”

The Turkish nationalist exploitation – and distortion – of history fits into a larger, post-Ottoman context: In 1989, Slobodan Milosevic, the president of Yugoslavia, used the occasion of the 600th anniversary of the battle of Kosovo (where the Ottoman and Serbian armies had annihilated each other) to whip up nationalist sentiment to provide his communist regime with a new ideological foundation and legitimacy. In Kosovo in 1989, Milosevic laid the ideological groundwork for the subsequent ethnic cleansing and massacres of the Bosnian Muslims, when he evoked the specter of a supposed, centuries-long Muslim assault against the Orthodox Christians in the Balkans. Ultimately, the Bosnian Muslims between 1992 and 1995 paid the price for the defeat of the Serbs at the hands of the Ottomans in 1389.

Of course, the comparison should not be pushed too far. Yet Erdoğan nonetheless similarly seeks to legitimize the current military operations in the Kurdish areas of Turkey by evoking the specter of an alleged, near-primordial confrontation between the Christian West and Muslim Turks, just like Milosevic once did, with disastrous consequences.

Erdoğan and other Turkish nationalists may or may not truly believe that the West is determined to avenge the fall of Constantinople. They may or may not be aware that the East-West conflict that actually brought down the East Roman Empire was one that pitted Latin Christendom against Orthodox Christendom, and that what ultimately precipitated the fall of Constantinople was the refusal of the Western Christian powers to come to the rescue of the Orthodox East Romans. The Muslim Turkish nationalist, “neo-Ottoman,” narrative depends on a largely fictional dichotomy: it cannot accommodate the Byzantine-Ottoman symbiosis, the fact that it was their intimate relation with the Byzantines that helped the Ottomans to grow into prominence in the first place, and that this symbiosis was perpetuated in the imperial ideology of the Ottomans, who aspired to be the new East Romans.

Making Constantinople Istanbul did not erase the city’s millennial Greek heritage: Eis tin poli – the “road to the city” was what the conquerors had asked to be shown, and these Greek words were to live on in the city’s new, Turkified name, Istanbul. The Ottomans, though, called the city Konstantiniye. Istanbul became the official name only after the founding of the Turkish republic. However, this multi-layered history, which does not lend itself to purism or essentialism, is also what brings out nationalism.

IMPLICATIONS: The “ideology of conquest,” the need to symbolically and repeatedly re-claim what has been Ottoman and Turkish for centuries, speaks of an existential unease: it suggests that the questions “who are we” and maybe even “to whom does this land belong” are yet to be definitely settled in Turkey. Turkish historian Taner Akçam has for instance suggested that Turkey’s refusal to come to terms with the annihilation of the Armenians is existentially rooted: “Our existence (that of Turkey’s and a large part of its inhabitants) implies the absence of another entity, the Christians. To accept “1915” would amount to accepting that Christians have lived on these lands, which is almost tantamount to proclaiming our inexistence. That is because our existence is founded on their absence or on their disappearance.” Indeed, the grandiose celebration in Istanbul on May 29 does seem to betray a deep-felt sense that the “conquest” remains an unfinished business.

However, to claim that the people who identify themselves as Turks would think of themselves as strangers of the land, and deep down fear that they have no right to it, is extreme. But what the Turkish nation does have to grapple with is the fact that there is not any easily discernible, neat path to be followed down through history, which anchors today’s Turkish identity at an identifiable point of ethno-national genesis. This lack, in turn, breeds mistrust and suspicion in society: Anyone’s claim to be Turkish can be called into question. The former president, Abdullah Gül, thus had to defend himself against “charges” from an MP of the Republican People’s Party (CHP) that he is of Armenian origin. Gül felt forced to declare that he is fully Turkish. Devlet Bahçeli, the leader of the Nationalist Action Party (MHP) has questioned the Turkishness of Erdoğan. Anti-Semitic Kemalist fanatics have tried to prove that Erdoğan is a secret Jew. Meanwhile, Erdoğan has been open about the fact that his mother hailed from Georgia.

The Turkish president recently related that he had once asked his father “Are we Laz (Muslim Georgians who make up a significant part of the population in Turkey’s eastern Black Sea province) or are we Turks?” Erdoğan’s father had replied that he had asked his father the same question, who, it turned out, had once put the same question to his father. The issue had been settled by Erdoğan’s great-grandfather, a mullah, who had told his grand-son, “God is not going to ask us to which tribe we belong. Just say, thank God we are Muslims, and let it pass.”

Erdoğan did not follow the advice, though, of his great-grandfather when he addressed the CHP leader Kemal Kılıçdaroğlu with the words “You are an Alevi, I am a Sunni, say that openly,” and when he said that Selahattin Demirtaş, the leader of the pro-Kurdish People’s Democracy Party (HDP) is a Zaza, and that he should not be afraid of admitting this. “What haven’t people called me? They said I am a Georgian, and even uglier, an Armenian. But I am a Turk,” Erdoğan said.

The Turkish republic has deployed different strategies to deal with the problem of sorting out the “Turkishness” of the population, and that of its ancestry. Kemal Atatürk’s solution was to retroactively declare the early Anatolians – Sumerians, Hittites and so on, “Turks” from Central Asia. Rightist nationalists have instead tried to erase this legacy. In the 1980’s, the municipality in Ankara called for the removal of the Hittite monument in one of the city’s main squares, because it predated the Turkish era of Anatolia. The solution for religious conservatives is spelled Islam, as in the case of Erdoğan’s family. Indeed, as Nicolas Cheviron and Jean-François Pérouse, the authors of a new biography of Erdoğan point out, his birth coincided with the inauguration of an Islamic-colored Turkish nationalism.

In 1953, the year before Erdoğan was born, the 500thanniversary of the conquest of Constantinople had been celebrated. This was also a period when Istanbul became almost fully Muslim: The thirty thousand Greeks who remained in the city the year that Erdoğan was born were deported to Greece a decade later. The theme in the air when Erdoğan came of age was the conquest of his city of birth from Christians, and the future president was to be deeply influenced by conservative intellectuals who celebrated the conquest as the realization of the alleged promise and prophecy of the Prophet Muhammad.

CONCLUSIONS: The celebrations of the conquest of Constantinople 1453 – and the growing political importance that is similarly being given to commemorate another historical turning-point, the victory in Manzikert 1071, which opened Anatolia for the Turkish tribes – ultimately speak of a quest for purity. They are expressions of unease with a historical legacy that is marked by a heterogeneity that is unsettling for an authoritarian state that seeks uniformity, a homogenous – hence safe – foundation, for its power.

The need to celebrate the conquest of the most important city of the land shows that Turkey is yet to become reconciled with its past. Such reconciliation calls for assuming the entirety of what is a multi-layered historical legacy. Recognizing that Turkey is the result, not so much of conquest, as of a history of continuous mixing and assimilation of aboriginal cultures and state traditions, is also the key to coming to terms with country’s ethnic and cultural diversity today and securing a democratic future for Turkey.

Published on the Turkey Analyst June 6, 2016