The Myth of Erdogan’s Power 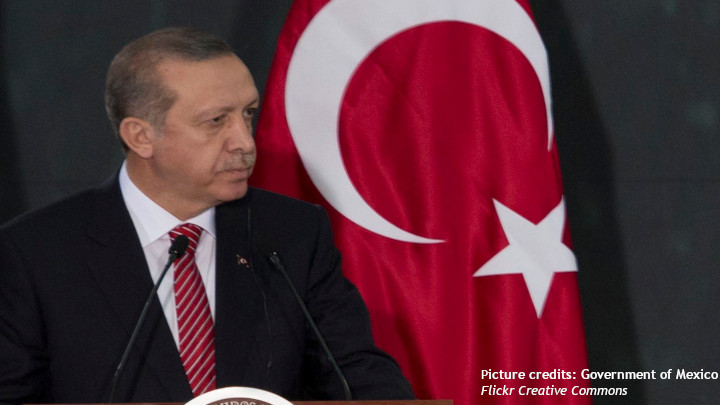 Far from a sultan, the Turkish president is hemmed in by the nationalists who back him—and they don’t want him to get too close to Russia.

This month, Turkish President Recep Tayyip Erdogan intimated that his country might consider leaving NATO. Meanwhile, on a visit to Moscow last week, Turkey’s foreign minister, Mevlut Cavusoglu referred to Russia as a “strategic partner”—a first. This talk is empty. Erdogan may well be angry at Washington, but ultimately, Ankara is going to have to do whatever it takes to restore its ties with the West. Doing so might not be enough to pull the country out of its economic crisis, but Erdogan has few other options if he wants to avoid a potentially worse political meltdown: He depends too deeply on forces in the Turkish state that will have difficulty stomaching a permanent shift away from the United States and toward Russia.