The art of compromise: picking up the pieces after Hanoi 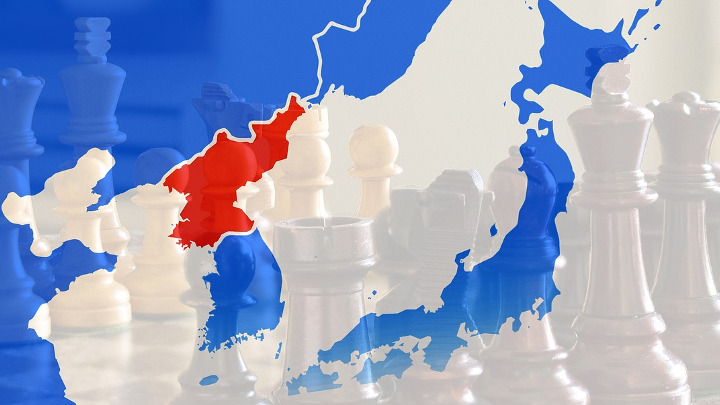 The no-deal outcome between US President Donald Trump and North Korea’s Chairman Kim Jong-un at the Hanoi summit in February was regarded by most as a failure.

This is accurate in the sense that no agreement was reached on advancing the implementation of the vague commitments made at the first summit between the two leaders last June in Singapore. Yet the summit was helpful in that the rhetoric and symbolism of the past year finally got a much needed reality check from the substance. This was bound to happen sooner or later.

Three things have emerged from the summit that were initially suspected but have now been clarified.

First, as evidenced by its demands, North Korea appears to attach greater priority to the lifting of sanctions than it does to security guarantees.

Second, North Korea overestimated both its hand and Trump’s desire to sign a deal.

Third, the United States understands that sanctions remain its main leverage and that, rightly or wrongly, even modest relief could de-incentivise North Korea to conduct further denuclearisation measures.

The summit gave space for the real negotiations of give and take. The problem was that each side was attempting to take much more than it was willing to give. The United States wanted substantially more than the Yongbyon nuclear facility — an important plank of North Korea’s nuclear program — for the level of sanctions relief North Korea was requesting. According to North Korean Foreign Minister Ri Yong-ho, this relief would amount to five UN Security Council resolutions.

The crystallisation of a mismatch in demands and expectations could now lead to a lengthy impasse. While not closing the door to dialogue, the United States looks likely to maintain pressure centred on the enforcement of sanctions.

For its part, North Korea is likely recalibrating its strategy. On March 15, the Vice Foreign Minister Choe Son-hui made ominous noises about suspending dialogue with the United States and even about resuming nuclear and missile testing. Whether these are bluffs remains to be seen. Clearer signals of Pyongyang’s next steps may be gleaned when Kim addresses the convening of the Supreme People’s Assembly scheduled for April 11. Question marks also remain over the prospects of South Korean President Moon Jae-in’s engagement policy, with early signals indicating that North Korea might be considering limiting future cooperation.

These developments could presage the end of diplomacy and a new vicious cycle of tensions if the brinkmanship of 2017 returns. The gulf between the United States and North Korea may prove unbridgeable despite Moon’s best efforts to mediate. Indeed, Moon will travel to Washington this week to meet with Donald Trump. Or, on the other hand, it could constitute a temporary cooling-off period and a reassessing of positions and options.

While the Hanoi summit revealed an incompatibility of demands, their articulation nonetheless points the way forward if the two main actors are willing to moderate their respective ambitions, at least in the short term.

As Trump has oversold the achievements so far — namely North Korea’s freeze on nuclear and missile tests — the United States now risks undervaluing what may be achievable by focussing on an all-or-nothing approach, rather than a more creative and calibrated diplomacy.

A stock-take on the part of North Korea also requires it to fully comprehend (if it has not already done so) Washington’s and others’ resolve on denuclearisation. North Korea cannot expect to keep its nuclear weapons and deliver on economic development.

The establishment of a robust peace and denuclearisation roadmap with a sequence of steps all parties can buy into would be preferable. But this is thwarted by considerable gaps in perception and definition as well as a severe trust deficit — notwithstanding the seeming bonhomie between Trump and Kim.

But while a roadmap may be elusive, this should not prevent more incremental progress towards long-term objectives. It requires both the United States and North Korea to scale down their initial demands and focus on more realistic steps.

While previous agreements such as the Agreed Framework (1994–2002) were flawed and ultimately failed, they nonetheless largely served to monitor and put the brakes on North Korea from significantly bolstering its nuclear program unchecked — a prospect that is now in jeopardy if a lengthy standoff ensues.

As before, there is a need to find a mutually acceptable entry point into a denuclearisation process. More modestly, this could include a freeze on fissile production at Yongbyon in return for a degree of sanctions relief, perhaps packaged with other concessions such as a symbolic peace declaration. Admittedly, the credibility of the nuclear non-proliferation regime is at stake if North Korea is rewarded for only partial denuclearisation measures. Any way forward would have to carefully consider how to ease sanctions (or offer alternative assistance) and could potentially be conditional based on verifiable progress on denuclearisation.

Important too is that, despite the inevitable ups and downs in negotiations, both the United States and North Korea commit to certain base lines so as not to allow a dangerous escalation of tensions to return. Continuing to honour a moratorium on missile testing and large-scale military exercises would be a prerequisite in this regard.

If the Hanoi summit established the broad contours of the zone of bargaining, subsequent talks — likely behind closed doors — need to further narrow this down and identify where mutually acceptable trade-offs might lie. The issues at stake are too important to be left to the vicissitudes of US–North Korea relations. To find greater traction, proposals for breaking the deadlock should find some consensus among other parties, namely China, South Korea, Japan, Russia and the European Union, and receive their firm support.

Finding compromise inevitably entails imperfect solutions and an element of risk. There is of course no guarantee that North Korea will go ahead with complete and irreversible denuclearisation. The only guarantee is that unilateral demands and prolonged stalemates are unlikely to force either Washington’s or Pyongyang’s submission and only further cement an unhappy status quo on the Korean Peninsula.