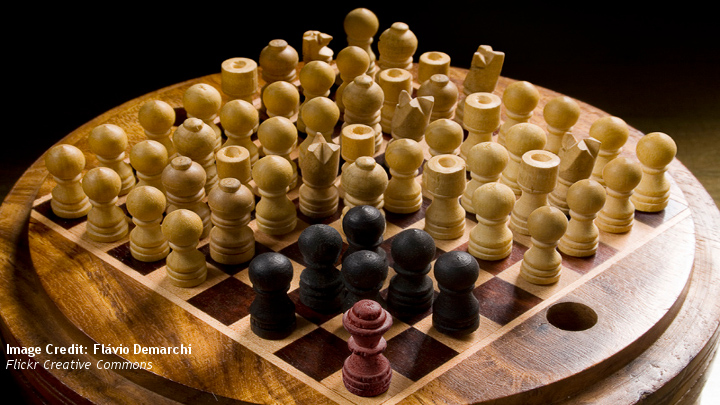 Since its independence in 1991, Georgia is the country in the former USSR that has been most frequently and harshly subjected to Russian hybrid tactics – a practice that gained considerable attention after Russia’s aggression against Ukraine. Russia has at times of confrontation with Georgia – a common occurrence throughout these 25 years – relied on a combination of multiple pressure points to influence the decision making of the Georgian government, particularly in foreign- and security policy.

These pressure points have included traditional sources of state power and coercion, including the use of military force or the threat thereof; leveraging geopolitical realities on the ground, most prominently Russia’s control over the two breakaway regions of Abkhazia and South Ossetia, as means to exert diplomatic pressure; and the exploitation of economic dependencies as means for establishing punishments or rewards for different policy choices. They have also encompassed subversive elements, including co-optation and subversion aimed at inserting agents of influence in Georgia’s political elite and society; cyber-attacks; and a concerted effort in the informational sphere to promote a narrative, in Georgia itself as well as in the country’s key partners in the West, on Georgia and its trajectory in domestic and international politics that is favorable to Russian interests.

The use of these measures, which this paper terms a toolbox for hybrid tactics, in order to attain foreign policy objectives are neither unique to Russia, nor to the twenty-first century. States have always deployed similar means at their disposal, and combinations thereof, in international interactions and several examples certainly exist of the use of hybrid tactics by the U.S. as well as European states. Yet this paper posits that Russia’s deployment of hybrid tactics, and particularly their expression in the case of Georgia, should merit special attention.

The standoff between Russia and the West following the former’s aggression against Ukraine has raised important questions about European security and particularly about the credibility of NATO as a guarantor for it. For NATO, originally designed as an interstate alliance with the purpose of defending its members against external aggression, and despite NATO’s rediscovery of this purpose over the last three years, Russia’s largely successful deployment of hybrid tactics in Ukraine demonstrated the complexities of modern-day warfare. Rather than embarking on an overt invasion of Ukraine, Russia deployed Special Forces without insignia to take over administrative buildings in Crimea in cooperation with local militias, and in combination with a sustained information campaign rendering outside assessments of on-ground developments highly ambiguous until facts on the ground were firmly established.

The key question for NATO to address is how quickly and decisively the alliance would be able to react to similar developments in one of its members, especially one of the Baltic States. Russia’s demonstrated ability to deploy subversive tactics such as the use of proxy groups in targeted countries and to leverage its general appeal among segments of their populations, fueled through government-funded information channels, can potentially reduce the need for conventional means of warfare or make them redundant altogether. The question is whether an attack in the guise of hybrid tactics against one of NATO’s members would be anticipated in time to clear NATO’s threshold for action in its defense.

It is therefore important to study Russia’s development and use of hybrid tactics in other cases aside from Ukraine. Improving the understanding of the various tools that Russia deploys to influence countries in its neighborhood, and especially of how these tools can be combined to reinforce one another, is helpful in order to assess and address risks and vulnerabilities that have emerged in the volatile security situation evolving in the borderlands between Russia and the West in recent years. This is relevant not only to countries in Russia’s immediate neighborhood, but in a much larger context. Although vulnerabilities associated with hybrid tactics are naturally felt much more acutely in countries like Ukraine, Georgia, Moldova, Azerbaijan or in Central Asia, the use of similar tactics, or elements of them, could potentially be deployed also against existing members of NATO or the EU.

Georgia stands out as a particularly important case study of Russia’s deployment of hybrid tactics. The country’s longstanding conflict with Russia has over the years made it a target of the full spectrum of hybrid tactics that Russia currently deploys in Ukraine and elsewhere. In fact, Georgia can be said to have functioned as a testing ground for many of these tactics, making Georgia’s experience relevant far beyond the confined regional context.

The case of Georgia also serves to demonstrate how the vulnerability of regional states connects closely with the sustainability and credibility of Western engagement with these countries. For long, besides the Baltic States, Georgia has remained the post-Soviet country that displays the most unambiguous political and public support for pursuing Euro-Atlantic integration and departing from Russian influence. Yet the message that Russia seeks to convey to the Georgian government and public, through a combined demonstration of military might and economic prospects, is that the potential rewards of pursuing integration with the West – either through NATO or the EU – are not worth the sacrifices involved in terms of either security or economic adaptation. With regard to both organizations, Georgia has undertaken demanding processes to conform to military, economic and governance standards, whereas the perspective of membership in either NATO or the EU has failed to materialize. In turn, this means that the ultimate rewards for these adaptation processes – security guarantees under NATO’s article 5 and full access to the EU’s single market – remain distant and largely unrealistic prospects for Georgia.

This reality has slowly dawned on an increasing portion of the Georgian population – and voters – of which a steadily growing minority now expresses skepticism towards their country’s longstanding pursuit of Euro-Atlantic integration. This view is reinforced by pro-Russian political parties and NGOs, as well as a range of alternative media, all increasingly active in Georgia since 2012. The common message of these actors is that they denounce the attempt to make Georgia a member of the Western liberal order as damaging both to Georgia’s security, due to the conflict with Russia that it implies, and to the traditional and cultural foundation of Georgian society. Instead, they argue, Georgia should pursue neutrality in its foreign policy and develop economic relationships both westward and northward. This vision remains utterly unrealistic – Georgia would hardly gain room for maneuver in its foreign policy by claiming neutrality; this would in fact close off the source of support that has up until now allowed it to limit Russian influence in Georgia. Yet it is becoming increasingly attractive to the segment of the Georgian population most affected by the deep structural problems of Georgia’s economy and the country’s ongoing economic crisis, and a larger proportion of the public that has long been disillusioned with the continuous and unproductive infighting among the country’s political elite.

Georgia’s vulnerability to Russian pressure in the different spheres outlined above should not be exaggerated. Georgia has endured a military invasion and a sustained severing of economic relations for several years, while the vast majority of its population, likely in part as a result thereof, remains supportive of Euro-Atlantic integration. However, a source of concern is the political vulnerability of the current government. Although the ruling Georgian Dream (GD) made an unexpectedly strong result and secured a constitutional majority in the October 2016 parliamentary elections, opinion polls indicate low approval ratings of the government as well as the political elite in general, and public disillusionment with Georgia’s development and prospects. This could quickly translate into a difficult domestic situation, as has been the case on several occasions in Georgia’s post-independence history. The fact that GD has built much of its support among voters on its ability to normalize relations with Russia, potentially increases the leverage associated with the types of hybrid tactics discussed in this paper. Facing weakened public support for its hold on power, the government could come under pressure to make concessions to Russia in exchange for the latter’s abstention from utilizing the various levers at its disposal.

Such concessions could involve, for example, accepting infrastructure projects in which Russia wishes to involve Georgia, allowing Gazprom a share in Georgia’s gas market in order to avoid renewed import bans on Georgian agricultural products, or acquiescing further steps towards formal accession of Abkhazia and South Ossetia. While such actions on Russia’s part would be manageable for Georgia as a country, they would potentially be highly damaging to GD as a ruling party.

This study serves both as an inventory of the foreign policy tools that Russia is capable of deploying against countries in its neighborhood and beyond, and as an approximation of their efficiency and limitations. The picture that emerges is that the toolbox available to Russia is at the same time multidimensional, sophisticated, and adaptable to specific regional and national contexts. Indeed, the military and economic tools available to Russia in relation to Georgia are very much attuned to the specific geopolitical context and economic interdependency of this relationship, whereas information campaigns in the Georgian, largely Russia-skeptical context, aim primarily to discredit the West and promote Georgian social conservative values. Yet the effectiveness of Russian hybrid tactics also stand in direct relation to the gains, in terms of security, economic benefits, and overall perspectives of inclusion that countries in the Eastern neighborhood are offered by the West. It is clear that the growing appeal of Russia’s preferred narrative of international politics in this region goes hand in hand with the West’s inability to counter it, in words as well as actions.