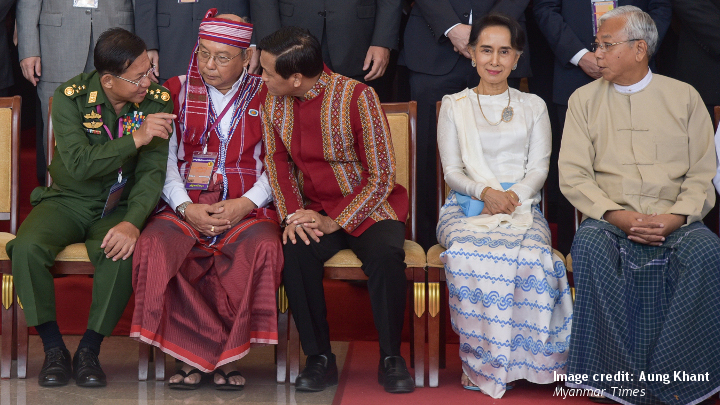 The National League for Democracy’s (NLD) landslide victory in Myanmar’s November 2015 general election prompted celebrations around the world. Following a nervous, but successful, transition to ensure the transfer of power, the first five months in office of the NLD government were an opportunity for Myanmar’s democratically elected administration to reinforce its legitimacy and set a foundation for long-term policy success.

This paper charts developments from the transfer of power up until the eve of the Union Peace Conference – 21st Century Panglong—a significant step in the peace process—on August 30, 2016. It describes the formation of the NLD government, the changing role of the legislature, the institutionalizing of Aung San Suu Kyi’s position, as well as accords specific attention to the peace process (including Rakhine state affairs) as a top policy priority for the NLD as it sought to revitalize efforts initiated under the previous administration.

In doing so, analysis focuses primarily on the changing relations between key stakeholders as they adapted to Myanmar’s historic new situation. Establishing constructive relations between the NLD, USDP, the Defense Services, and ethnic armed actors, among others, is instrumental not only to internal peace and national reconciliation, but is also key to the country’s democratic consolidation.

Making use of firsthand interviews with a range of domestic actors, this paper presents unique insights for specialist audiences as well as offers accessible context for non-Myanmar specialists.