Looking Ahead for the Gulf of Tonkin Fishery 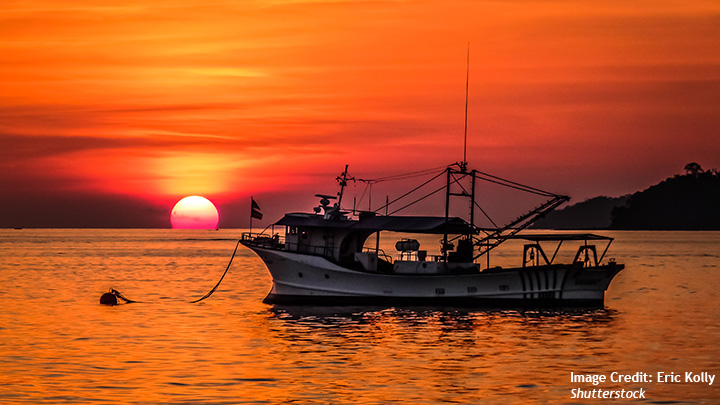 Commentaries and Op-eds May, 2020, China US Focus

One recent news report has not received the attention it deserves. From April 21 to 23, a joint fisheries inspection was carried out by the Chinese Coast Guard and its Vietnamese counterpart in the Gulf of Tonkin. It was the first inspection of its kind this year.

Among the recent media reports of conflicts involving fishery incidents in other parts of the South China Sea, the significance of this joint fishery inspection has not been given sufficient publicity. Bilateral cooperation of this sort could point the way to future arrangements in the gulf when the existing agreement expires on June 30.

The joint inspection was part of the current China-Vietnam fishery arrangement in the Gulf of Tonkin, which traces back to the China-Vietnam Fishery Agreement relating to an agreement signed in December 2000. The gulf is a shared, semi-enclosed sea area off the coasts of both Vietnam and China. It is an ideal ecosystem in which a variety of fish species spawn, feed and mature. The gulf’s abundant fisheries support the livelihood of Vietnamese and Chinese fishermen along the coasts.

The Fishery Agreement was reached between the two countries for the purpose halting the depletion of the fishery resources and creating a coordinated and friendly relationship for fishing activities after the maritime boundary was delimitated according the China-Vietnam Maritime Delimitation Agreement signed at the same time as the Fishery Agreement.

Competition by fishermen from both countries had led to an increase in bilateral disputes and to the rapid depletion of fishery resources.

In April 2004, both countries signed two other agreements — the Supplementary Protocol to the Fishery Agreement and the Regulations on Conservation and Management of Fishery Resources in the Common Fishery Zone of the Gulf of Tonkin. Together, the three agreements provided the basis for the current fishery managements in the gulf. The coastal states enjoy full sovereign and jurisdictional rights in their exclusive economic zones, while allowing flexibility to meet special circumstances during the transitional period.

One special arrangement is still in existence: the Common Fishery Zone, or CFZ. Joint inspections, organised for monitoring fishing activities in the CFZ are covered by the 2004 regulations.

The CFZ covers an area of 33,500 square kilometers and stretches from 20 degrees’ north latitude to the gulf closing line, with a breath of about 28 to 30.5 nautical miles from the line of delimitation on both sides. It accounts for one-fourth of the whole gulf and includes the most productive fishing grounds.

The Fishery Agreement requires both countries to undertake long-term cooperation in the CFZ, and jointly take measures to conserve, manage and maintain sustainable utilization of the living resources.

To further promote practical cooperation, the Chinese and Vietnamese coast guards held their first working meeting in August 2016, in which they agreed to increase joint inspections to twice annually from the original once a year. To date, 19 joint inspections have been carried out.

Before the Fishery Agreement expired on June 30 last year, the relevant departments of both countries got together, in April and June, to review and assess the 15 years of implementation of the bilateral fishery agreements in the Gulf of Tonkin and to discuss options for future arrangements. Both sides agreed to extend the current arrangement until June 30 this year, while future arrangements were under discussion.

It was also mutually agreed that the current arrangement and implementation efforts of both sides had contributed to stability and order in the gulf.

In both countries, agencies at different levels have taken various administrative measures within their own jurisdictions or come up with joint measures under the Joint Fishery Committee (JFC) to ensure that the fishery communities comply with relevant arrangements. The JFC was set up in 2004 in line with the Fishery Agreement and has played an important role in coordinating fishery issues between the two countries.

As for the joint fishery inspections, after years of interaction familiarity and trust have been enhanced between the coast guards of both countries. This is conducive to improving coordination and efficiency in law enforcement in the CFZ. Joint practice provides valuable experience for future management and cooperation in this delimited but shared body of water.

Some problems persist, however. Fishing disputes sometimes occur between Chinese and Vietnamese fishermen. Most seriously, the depletion of fishery resources has not been halted, and many species are over-exploited.

To make things worse, the larger species with longer lives and high economic and nutritional value have been gradually replaced by less valuable species. Measures taken by individual countries in their own EEZs and joint measures in the CFZ to reduce and regulate fishing activity appear to have been insufficient to halt the overfishing. Fish stock enhancement measures practiced jointly each year are not enough to allow resources to recover.

The failure to stop overfishing and to create necessary conditions to allow fishery resources to recover has further negatively affected livelihoods in the fishing communities along the coasts of the gulf. It has become a vicious circle. A holistic way of thinking should be utilized in fishery protection and managements in the gulf, taking into consideration all relevant factors —fishermen’s survival, sustainable utilization of fishery resources and coastal economic development. More conservation methods should be explored bilaterally and unilaterally. The active involvement of local fishing communities should be encouraged. After all, related arrangements at sea will impact them significantly.

The extended period will expire in June, which provides an opportunity for both countries — from the top down to the operational level — to explore new arrangements with an open mind. Concerted efforts are needed to coordinate measures for sustainable resource development.

The entire Gulf of Tonkin is a complex ecosystem that requires a holistic management approach. Both countries need to strengthen their communications to discuss and coordinate measures in good faith. One country’s action or inaction will surely influence the measures taken by the other. New measures should also be explored to support the affected fishing communities.

You can read the original article on the China US Focus website here.