Kazakhstan in Europe: Why Not? 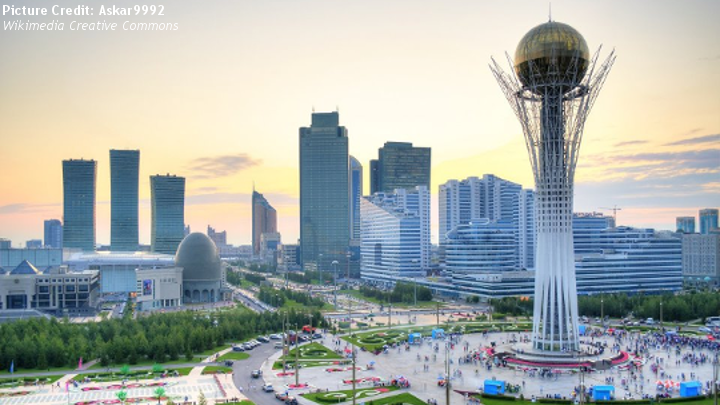 Is Kazakhstan a European state? The answer to this question could define the character of the country’s long-term relationship with European institutions and organizations, and profoundly affect the country’s social, political and economic development.

The timing of this question, however, might seem inopportune. European institutions face deep internal difficulties: the EU is reeling from Brexit and controversies with Hungary and Poland, and the Council of Europe faces serious problems with countries on Europe’s eastern and southeastern flanks that, much like Kazakhstan, straddle the boundaries between Europe and Asia. That may limit the appetite for discussing Kazakhstan’s relationship to Europe. Yet the question may no longer be pushed to an undetermined future.

Kazakhstan is undeniably a European state: it certainly fulfills the Council of Europe‘s two criteria of being “wholly or partly located in Europe” and a country “whose culture is closely linked with the European culture.”1 Indeed, much like Turkey and Russia, it is a country that straddles the geographic divide between the two continents. And since independence, Kazakhstan has defined itself as a state that combines, in a positive and reinforcing manner, a European and an Asian identity. Yet for the first 25 years of its independence, the question of the country’s European identity did not take center-stage. European institutions were gradually expanding into central and Eastern Europe, somewhat reluctantly going as far as defining the South Caucasus as a part of Europe. Meanwhile, Kazakhstan’s centralized government structure and top-down approach to reforms limited its European ambitions.

Nevertheless, important developments underway in Central Asia raise the question anew. Already in 2008, Kazakhstan’s government presented a three-year state program labeled “The Path to Europe”. More significantly, from 2015 onward Kazakhstan has redoubled its reform agenda, beginning with a 100-step program focused on transparency and efficiency of government. By 2017, the country had adopted a package of fundamental constitutional reforms that, among others, devolve powers from the President’s office to the parliament. And as has been the case elsewhere in the post-Communist world, it is primarily to Europe and European institutions that Kazakhstan’s reformers turn for standards, guidance and assistance as they seek to design and implement steps to achieve the lofty development goals that Kazakhstan’s President has set for the country.

This is happening at a time when Europe is beginning to realize Central Asia’s role as a transport corridor to east and south Asian destinations, and when neighboring Uzbekistan is, too, embarking on a path of fundamental reforms. After Kazakhstan and the EU signed a groundbreaking Enhanced Partnership and Cooperation Agreement in 2015, the question is how Europe’s relationship to Kazakhstan – and by extension to Central Asia as a whole – can be further developed.

It is not only geography that makes Kazakhstan a European state. Indeed, the prevailing national conception in Kazakhstan is based on an understanding of Eurasianism that differs starkly from the Russian definition of the term. Kazakhstani Eurasianism does not view itself as a geopolitical space distinct from both Europe and Asia, but as embodying the positive meeting space between Europe and Asia, drawing on both. And indeed, a closer look at Kazakhstan’s development since independence highlights the important European aspects of its statehood. Kazakhstan is a secular state with a civic conception of the nation based on an inclusive, citizenship-based understanding of membership in the national community. That in itself makes it highly compatible with European norms and principles. In addition, Kazakhstan’s leadership has embarked on significant education reforms that seek to align the country with European standards, ensuring that the next generation of Kazakhstanis will find much in common with their European counterparts.

It is mainly Kazakhstan’s political and economic model that has diverged from Europe: since independence, while performing as a leading economic liberalizer, Kazakhstan has adopted a top-down approach to state-building and an evolutionary approach that has put economic reform before political reform. This model emphasizes evolutionary progress, organic development and a political process based on national consensus, rather than an immediate transition to European-style democracy with pluralistic and ideologically competitive political processes where reforms emerge out of ideological and group competition. Yet even there, the recent reform agenda suggests Kazakhstan is gradually moving its political system in a European direction.

Kazakhstan is a European country, but European states and institutions have so far failed to treat it as such. It is only in the OSCE that Kazakhstan has operated as a full member, including holding the rotating presidency of the organization in 2010. With all other European organizations, Kazakhstan has established ties, which nevertheless often leave the fundamental nature of the relationship unclear. Kazakhstan does not have any ambitions of NATO membership, but has paid close attention to cultivating relationships with the alliance as part of its multi-vector foreign policy. It remains the only Central Asian country to have an Individual Partnership Action Plan, through which it actively cooperates with the alliance. This relationship is naturally constrained by Kazakhstan membership in the Collective Security Treaty Organization, but is a valuable one in which both parties appear aligned on fundamental goals. And while Kazakhstan is not a member of the OECD, it has long cooperated with the organization, and formally launched a bid for membership that is likely to be received on its merits, and its outcome dependent on Kazakhstan’s own reform process.

By contrast, the country’s relationship with Council of Europe is surprisingly underdeveloped. In fact, as a European country, Kazakhstan should normally be eligible for membership in this organization. Yet there is little indication that the CoE has treated Kazakhstan as the European country that it is. The Council of Europe – in which both Russia and Turkey are members – has remained deliberately vague about Kazakhstan’s prospects for a closer relationship with the organization, while, in sharp contrast, it has set the strategic objective of integrating Belarus as a full member. Given Kazakhstan’s current reform effort and its closer relationship with the CoE’s Venice Commission, with which it consulted on its constitutional reforms, this approach is no longer workable. A continued reluctance on the part of the CoE to embrace Kazakhstan’s long-term integration with the organization can only be interpreted as an unstated denial of its European identity. That, clearly, would clash with the values-based nature of the Council of Europe.

Kazakhstan’s relationship with the EU is a more positive story, given the signing of the Enhanced Partnership and Cooperation Agreement in 2015. Yet even here, the EU in the past decade drew an unnecessarily sharp line between the countries on the western and eastern shores of the Caspian Sea. While its Eastern Partnership, launched in 2009, was an important step in acknowledging the European aspirations of six countries in Eastern Europe, it happened as the EU developed a strategy for Central Asia which, while a good thing in principle, handled the region as something entirely foreign to Europe. But since then, this hard line has begun to erode. The one-size-fits-all approach envisaged in the Eastern Partnership has given way to individualized relationships with differing degrees of association with EU norms and regulations. As a result, Kazakhstan’s agreement with the EU is different in degree rather than in nature from the agreement that Armenia has initialed, or the one Azerbaijan is currently negotiating. As such, there is no reason why Kazakhstan, going forward, should not be treated at par with members of the Eastern Partnership if it so desires and takes the necessary steps in that direction.

For Kazakhstan, the main question is to what extent its leadership is prepared to fully embrace its European identity. Doing so will require far-reaching reforms in the country’s governance, and particularly in its political and judicial systems as well as in the protection of human rights. Such changes are likely required anyway, if Kazakhstan is to achieve the lofty goals set by its leadership for the coming three decades. The key point here is that such reforms may be more likely to succeed if Kazakhstan can benefit from the systematic assistance of European states and organizations. That, in turn, will be more likely to materialize if these bodies recognize Kazakhstan’s European identity.

Kazakhstan has set its sights on joining the world’s most developed countries, in the process holding itself to an entirely new set of benchmarks, and embarking on a program of political reforms that, if implemented, would make the country considerably more aligned with European standards of governance. This process will take years if not decades, but it nevertheless means that Europe must look at Kazakhstan with fresh eyes, and reconsider the role European organizations can and should play in assisting Kazakhstan’s reform program.