Judicial and Governance Reform in Uzbekistan 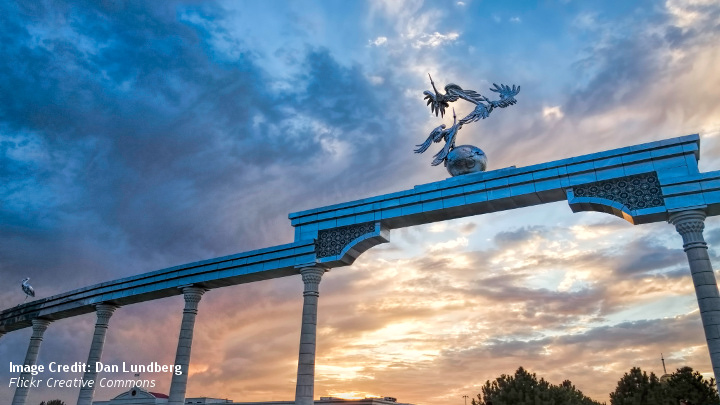 Since President Mirziyoyev assumed power as interim president in September 2016, a major agenda of reforms has been introduced in Uzbekistan. In this broader agenda, judicial and governance reform has been identified as key to the entire reform process.

The scope and speed of reforms outlined in this study are bold and unprecedented. Given the systematically negative coverage of developments in Uzbekistan prior to the transition of power, these reforms may appear to have emerged ex nihilo. But while little of a positive nature was reported, many of the reforms under Mirziyoyev trace their origins to developments in the past decade. Indeed, already in 2005, reforms in the judicial sector introduced habeas corpus and abolished the death penalty.

While change was slow, by 2010 the Uzbek government was convinced of the need for greater outreach to the international community. In subsequent years, reforms introduced the separation of powers, and strengthened the office of the Ombudsman. By 2014-15, a major effort was underway at the Ministry of Justice to reorganize and improve the legal system. The generational factor was important in this process: younger officials, often with foreign education, had begun to rise through the ranks and take on greater responsibilities. By 2015, the prior aversion to bring discussions on important issues to the public had begun to be overcome.

That being said, when Prime Minister Shavkat Mirziyoyev assumed the position of Interim President, he rapidly sent a major jolt through the system and launched the country’s institutions on a path to rapid and comprehensive reform. Early on, he stated outright the principle underlying his actions: “It is time to end the period when people worked for the government.  Instead, the government must start working for the people!”

Indeed, while still only the interim President, Mirziyoyev opened himself up to direct access through the Internet via his so-called “virtual office.” During a later address to Parliament, he advised parliamentarians to start doing the same. Parliamentarians then began taking regular trips to the countryside to meet with their constituents. The Governors, though still appointed by the President, were instructed to hold periodic receptions in all regions. These are now obligatory in every region.

Mirziyoyev’s insistence on putting the people’s voice on record, appears to have shifted the political atmosphere in his favor overnight. It vastly increased the popularity of both his national and local policies, allowed for an evaluation of the results of his national and local policies, and it provided him with the support necessary to start introducing substantial reforms and changes. This is a novel development in Uzbek political life and offers citizens a new mechanism for influencing the administration’s performance. Moreover, it serves as kind of watchdog while at the same time allowing officials direct contact with citizens in a way that makes them more susceptible to their grievances and concerns.

The initial reforms came in the form of presidential decrees. These included substantial judicial reforms and strict anticorruption measures. An October 2016 decree sought to reform the judicial system and strengthen the protection of rights and freedoms. It called for, among others, a review of more than 700 legal acts spread over more than 90,000 pages. This was followed up by legislation that took measures to strengthen public trust in judiciary. A new Anticorruption Law was entered into force in early January 2017 and was followed by a state anticorruption program.

After being elected president in January 2017, Mirziyoyev announced a comprehensive “Five Point Development Strategy Plan” outlining policy priorities for a five-year period. This Plan focused on improving the system of state and social construction; strengthening the rule of law and the judicial system; developing and liberalizing the economy; developing the social sphere; and improving security and implementing a balanced foreign policy.

The main legislative role in coordinating reforms was assigned to the Ministry of Justice, now staffed by an entirely new set of young officials. It was tasked with implementing administrative reforms, assuring that other ministries meet deadlines, reviewing draft legislation and internal regulations to bring them into line with the Constitution; and assuring that new laws comply with international standards and conventions.

A crucial element of the overall reform process is the strong political support accorded to the younger generation. Many talented young officials have been promoted to responsible posts, including as ministers and deputy ministers. In addition, a position of State Adviser on Youth has been added to the President’s Cabinet. The inclusion of the younger generation led the administration to begin to pulse with new ideas. Rigidly bureaucratic modes of official interaction were abandoned as communication began to catch up with worldwide practice.

Further still in January 2017, a package of judicial reforms was introduced. These reforms aimed at ensuring that the judiciary is truly independent; increasing the authority of the courts; and at democratizing and improving the judicial system on the basis of the best national and international practices. Also highlighted, were the objectives of guaranteeing the protection of citizens’ rights and freedoms; improving administrative, criminal, civil and commercial law; fighting crime and advancing crime prevention, including anticorruption measures; and strengthening the rule of law and building public trust in the legal system through communication with the public and media.

A key step in this direction was Mirziyoyev’s handling of the previously all-powerful General Prosecutor’s Office. At a January 2017 meeting with prosecutors, President Mirziyoyev stated that the country needed to establish efficient public control over this body, lest it again be perceived as a repressive and retaliatory institution. Sweeping changes were imposed on the internal structures and personnel of the Procuracy, designed to fundamentally transform what, along with the Ministry of the Interior and the Security Service, had long been the country’s most powerful institution. The newly appointed senior staff at the General Prosecutor’s Office appears clearly devoted to these reforms. The Ministry of Interior underwent similar reforms, including the screening and restructuring of its staff, while the Police Academy is undergoing an internal review as well.

A key area of reform has been the restructuring of legal education. A Presidential decree of April 2017 focused on the Tashkent State University of Law. As a result, the curriculum was updated, teaching methods modernized, and a credit system introduced. The old lecture-based approach was abandoned in favor of experiential learning. The University proceeded to hire many young professionals, some with foreign degrees. Now the University’s ambition is to become the regional hub for legal studies in Central Asia. Along with these reforms, the Supreme Court is preparing to establish an Academy to train judges, candidates for judgeships, and other court personnel.

While the reforms of the past eighteen months have taken exceptional steps forward, much still remains to be done. One example is to devise a stronger role for defense counsels and to develop of a road map on how to strengthen the independence and professional capabilities of lawyers. Prior tight state controls over the licensing of defense counsels long ensured that these officers of the court would remain weak. While ongoing reforms correctly envision the role of defense counsels, little has been done to date to implement the changes that are urgently necessary.

By December 2017, President Mirziyoyev sought to further accelerate the pace of reforms. In a widely distributed speech to a joint session of parliament, he spoke of many areas in need of further reforms. This included the need to reform civil service law, and to delineate the scopes and functions of executive bodies. Another area of focus was to reduce administrative influence on economic life and transition to an economy dominated by market mechanisms. This will include transferring functions from the state to the private sector. Mirziyoyev also emphasized the anti-corruption struggle, and the need to strengthen the role of parliament. He addressed the need to improve mobility and reduce the prevalence of domestic checkpoints. Perhaps most importantly, he directly targeted the National Security Service, decrying its pervasive influence on all sectors of the state and society. Following this, the President retired the highly influential Head of the Security Service (who had been in place for almost two decades) and launched an effort to modernize the Security Services.

While these reforms are a work in progress and many remain at the declarative level, they have already had important implications. For example, the enlivened new leadership transformed Uzbekistan’s previously dull media environment almost overnight. News in Uzbekistan nowadays is meaningful, timely and critical. It is true that media still mask criticism behind quotes from political leaders, but they no longer speak with only one voice. The media has become more timely and trustworthy, with more reporting on international affairs as well. The government claims that it wants the media to be stronger. However, there is still a lack of analytical articles and editorials that critically review the ongoing reform processes around the country. Moreover, the country’s media is yet to incorporate and engage in investigative journalism.

Going forward, the main challenge for President Mirzyoyev’s administration will be to deal with the country’s pervasive culture of corruption, a legacy of the past that for decades has been consuming the country’s resources like a dangerous cancer. New legislation is now in place that provides a solid basis for action. But the real test of the country’s leadership will be to confront the bureaucratic legacy that makes corruption possible.

The leadership’s moves to face down the law enforcement and security apparatuses of the past is positive and courageous. Only in this way can it erase the fear which for so long intimidated the population at large and government officials themselves. The new freedoms that have begun to emerge bring along a strong responsibility to act according to the rule of law as outlined in the Constitution.

To get all three branches of the government to act in accordance with newly reformed laws is one of Uzbekistan’s most urgent priorities. But for these reforms to truly take root, it is also important to provide political openings for civil society and the media to engage directly with the process of governing.