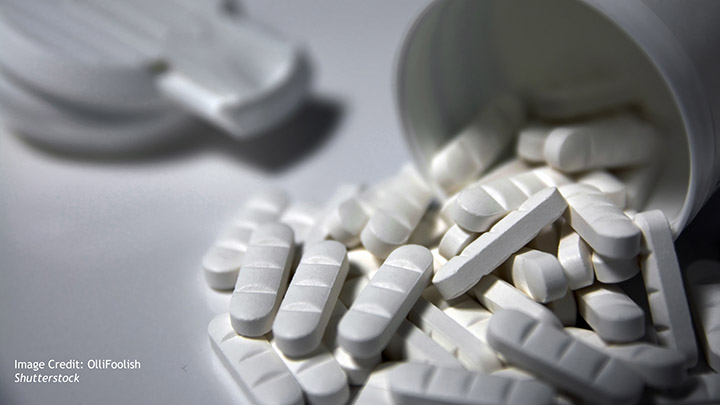 While the Covid-19 pandemic has rapidly become the most attention-grabbing public health crisis globally, opioid abuse continues to exercise a tight grip on large swathes of the United States. Despite having lost some traction in the media as the coronavirus pandemic dominates the news discourse, addiction remains a major issue for many Americans. Not only does the opioid crisis persist, but Covid-19 might further spur its scale in the near future. Both crises highlight the predicaments of communities that are all too often given short shrift internationally. Figures published by the National Institute on Drug Abuse show, that through 2018, opioid overdoses killed an average of 128 people a day in the U.S. Such a high mortality rate has led to the U.S. being the sole wealthy country in which a decades long trend of increasing life expectancy has effectively been reversed.

When analyzing the geographical distribution of opioid overdose related deaths, some of the hardest hit areas are located in the so-called Rust-Belt, where the loss of manufacturing jobs has for decades had a profound effect on the resident population. Perhaps most tellingly, many of these areas are in states which have proven vital to the 2016 election of Donald Trump as U.S. president. And among the many of those dying from the epidemic, middle-aged white men from working class backgrounds – a key demographic for President Trump’s electorate – make up a large proportion. Thus, and perhaps unsurprisingly, responding to the devastation caused by opioid addiction has ranked unusually highly on President Trump’s political agenda, with him even suggesting to impose the death penalty for anyone found guilty of dealing with illegal opioid substances.

While untangling the manifold causes of the ongoing narcotics crisis is difficult, the Trump administration was quick to pinpoint the blame for the fentanyl crisis to imports from China. Directly charging China’s large-scale pharmaceutical industry for the skyrocketing deaths among American opioid users, these allegations are stringently denied on the Chinese side. Washington’s chagrin with Beijing’s denials meant that the opioid crisis has now become almost synonymous with the ongoing trade conflict with Beijing.

Yet, neither fentanyl’s use as a recreational drug nor the alleged link to China are entirely novel. Figures put out by the Centre for Disease Control (CDC) suggest that opioid related overuse deaths are intricately linked to three distinct types of narcotic substances. While in 1999 most deaths could be traced to natural or semi-synthetic substances, from 2010 onwards the number of deaths related to heroin overdoses rapidly increased, only to be eclipsed by a sizeable spike in deaths linked to synthetic drugs from 2013. Of this latter category, fentanyl, which originally served as a powerful painkiller, has become the chief culprit of the concurrent epidemic as it has found increasing popularity as a cheaply available recreational drug.

Despite causing more deaths from overdose than other opioids, Fentanyl is cheap to produce and is widely used medicinally. Most commonly, it is aimed at helping cancer patients struggling with the immense pain associated with the disease. It has also been used as a practical alternative to heroin, whose massive cultivation in war torn Afghanistan had long driven down street prices which in turn only exposed more users to the narcotic and expanded fentanyl’s market globally. The high potency of fentanyl means that when cut with other narcotic substances such as heroin, even a small amount can be highly profitable.

Consequently, it became common for distributors in the U.S. to order powdered fentanyl from China by post. Fentanyl or precursor chemicals produced in China would either directly enter the United States or enter Mexico or Canada before being smuggled into the lucrative U.S. market. Due to the largely unregulated Chinese pharmaceutical industry, there is an abundance of chemical companies generating vast quantities of pills which are an important component of the global legal drug supply chain.

Despite official promises to crack down on the unhindered outflow of both base substances for fentanyl production, or fentanyl itself to the U.S., enforcement has been comparatively lax. Considering that the institution in charge of policing the industry, the newly restructured National Medical Products Administration (NMPA), is tasked with overseeing the work of thousands of companies, this laxity might not be surprising. The authority’s work is additionally strained by far-reaching scandals, perhaps the most famous involving contaminated baby formula in 2008 which was followed by public outrage over food safety standards. A year earlier, the former head of the Chinese State Food and Drug Administration (the predecessor of the NMPA) Zheng Xiaoyu was found guilty of charges of corruption while in office and later executed.

Where in the past it was much easier for law enforcement agencies to trace individual drug labs, close them down and freeze the supply chain, globally interconnected supply and trafficking networks hamper traditional tracing operations. Due to its highly potent composition, shipping small amounts via regular post is not only sufficiently profit yielding, it also makes detection harder. With vast amounts of mail deliveries entering the U.S. each day, customs searches will merely detect a fraction of all illicit drug shipments. These difficulties in policing narcotics in the U.S. serve to explain why the current Trump administration has been incentivized to instead project its fight against opioids, and fentanyl in particular, onto the alleged source of the drug’s global supply chain: China.

Whereas illegally produced fentanyl has long been proven to be a destructive narcotic in the U.S., it was only classified as a controlled substance in China in May 2019. This move to register fentanyl as a controlled substance therefore marks a significant step by Chinese authorities to avoid being further charged with not doing enough to curb the narcotic substance outflow. President Trump has been especially vocal on this front, urging Beijing to enact measures to help reduce the number of opioid related deaths.

The listing of fentanyl and its many variants as a controlled substance followed a first initial breakthrough in negotiations in Buenos Aires in late 2018. Trump, who had long been pressuring the Chinese authorities to cooperate in the fight against fentanyl, was quick to respond to the decision with a statement in which the White House lauded the “wonderful humanitarian gesture.” Notwithstanding this gesture of goodwill, Beijing officially maintains that China is not a major source of precursor chemicals.

Nevertheless, Trump accusing China in August of 2019 of not fulfilling its commitment to stem the flow of fentanyl set the stage for a systemic operation against trafficking organizations that featured cooperation between Chinese and American law enforcement. Details emerged in November during a highly publicized trial of nine members of a trafficking ring, two of whom were sentenced to death in China. Known for its draconian laws for punishing drug offenses, these are likely calculated to deter others from participating in the lucrative fentanyl trade. This rare instance of cross-border public health cooperation may be a possible model for future collaboration as it allowed both sides to overcome government-level frictions via action on the ground.

While these measures indicate that the opioid crisis is being taken seriously, the question remains whether such steps may only present a case of tokenism prior to the 2020 U.S. presidential elections. Although Beijing has promised to get concrete results in overseeing fentanyl production and overseas trading by pharmaceutical companies, speculations abound that these actions may simply shift underground, or even abroad as recent raids in Myanmar have shown.

With fentanyl’s wide profit margin, its highly addictive potential trade will likely endure despite China clamping down on fentanyl trafficking and sentencing traffickers to death in late 2019. As China rapidly expands its share in international trade, and e-commerce makes it easier than ever before to connect Chinese and American citizens, these points of access for the flow of narcotics may well multiply in the near future.

For its part, Chinese state media continue to point fingers at Washington for trying to single out China as its scapegoat, highlighting the U.S.’ healthcare system’s lax regulations and the over-use of opioid-based painkillers in the 1990’s as the root causes for the concurrent epidemic. And although U.S. policy makers have sought to bar drug companies from such lucrative practices that show an obvious disregard for long-term health issues, the allegations from the Chinese side deliberately overlook that the dangers of narcotic substances are by no means confined to the U.S.

While accurate figures are difficult to come by, not least because of social and political sensitivities concerning drug use, there are indications that the use of narcotic drugs is also increasing in China, despite official sources citing an overall decline in drug related crimes for 2019. This may account for efforts by the authorities to amend some of the more heavy handed counter-narcotics measures to combat addiction.