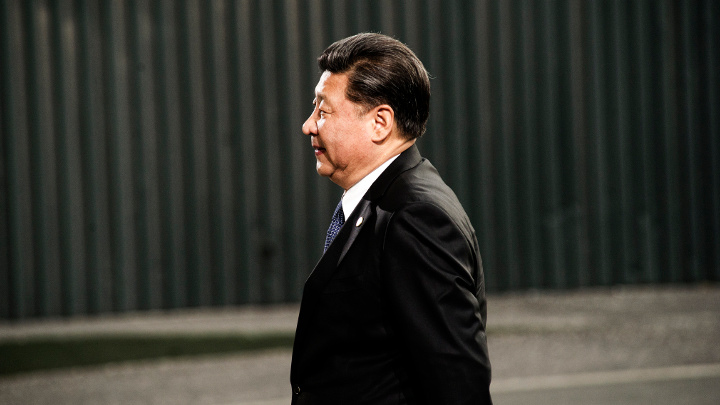 Xi Jinping’s tour of the Middle East at the start of this year together with the unveiling of a new “Arab Policy” is indicative of a more proactive Chinese policy in the region. While seeking primarily to leverage its commercial and energy interests, it may also find itself increasingly embroiled in the geopolitics and cleavages of the region, argues Cesar Castilla.

Under the leadership of Xi Jinping, China has sought to further consolidate and diversify its relations in the Middle East. This comes on the back of the Chinese leader’s Middle East tour in January and the articulation of a new “Arab Policy” unveiled in the same month. Focused on energy, trade, and transport, China is seeking to maximize its economic ties and interests in the region. In particular, Middle Eastern oil supplies remain critical for China’s continued economic development. However, becoming more engaged in the region brings with it a number of implications, not least that Beijing will find it necessary to balance its ties between Sunni and Shia countries.

China’s presence in the Middle East does not constitute a sudden emergence. China has enjoyed longstanding ties with Iran in particular, with cooperation extending to economic investments as well as sales of military technology. Significantly, China played a key role in the P5+1 negotiations that led to the signing of the Joint Comprehensive Plan of Action (JCPOA) on Iran’s nuclear program in July 2015. Elsewhere in the region, the creation of the China-Arab States Cooperation Forum in 2004 reflected Beijing’s desire to extend ties and promote cooperation with the Arab countries, especially in light of their growing energy importance for China. At the same time, however, excepting its role in the Iran nuclear negotiations, China has been conspicuous by its relative political and military absence in other theaters in the region, the war in Syria being a case in point.

Nevertheless, a more proactive trend can be observed in China’s Middle Eastern engagement—in line with broader foreign policy objectives—since Xi Jinping assumed power in November 2012. Notably, in January 2016 the Chinese government published a paper titled “The Chinese Arab Policy,” which outlines what amounts to a strategy for China-Middle East relations, especially those countries belonging to the Arab League. The document underlines the importance for China of this region as well as specifies the way that China must interact with Arab countries, under the formula “1+2+3” whereby energy cooperation forms the “core” of these ties, with infrastructure, trade, and investment also important elements of the new strategy.

As such, the recent tour of Xi Jinping to Saudi Arabia, Egypt, and Iran in January 2016 opens a new door to cooperation in several fields. During his warmly received visit in Riyadh, Saudi and Chinese officials signed 14 Memorandums of Understanding (MOUs) on cooperation in different areas such as technology, research, trade, and energy. In Egypt, the Chinese president underlined the efforts of President Sisi to maintain national stability. In addition, both leaders signed an MOU on boosting cooperation under China’s “One Belt, One Road” (OBOR) Initiative as well as agreements on investment and financial aid amounting up to 15 billion dollars.

A few days later, in Tehran, China and Iran signed an “MOU on Jointly Promoting the Silk Road Economic Belt and the 21st Century Maritime Silk Road” and an “MOU on Reinforcement of Industrial and Mineral Capacities and Investment.” Both sides are looking to expand investments in various areas including in railways, ports, and services. Additionally, during Xi’s tour to both Saudi Arabia and Iran, statements were made on the need to counter regional terrorism.

What then is underpinning China’s more assertive Middle East policy? Three main pillars can be discerned in this regard. These are securing energy supplies, promoting trade and transport, and, to a lesser extent, finding potential av- The Institute for Security and Development Policy – www.isdp.eu 2 enues for security cooperation, particularly in combating terrorism.

Notwithstanding its search for alternative energy sources such as from Russia and Central Asia, China remains dependent on oil imports from the Middle East. These grew (in total) at an average rate of 6.75 percent during the period 2010-2014. According to the U.S. Energy Information Agency, the sources for China’s oil supplies in 2014 were as follows: Saudi Arabia (16%), Oman (10%), Iran (9%), Iraq (9%), UAE (4%), and Kuwait (3%). As such, the Middle East supplied China with 51 percent of its crude oil imports. Therefore, continuing to strengthen energy cooperation with the oil-producing countries of the region remains a central pillar, while the Gulf’s instability remains a significant concern.

Being located between Europe and Asia, the Middle East is also an important region within the framework of China’s Silk Road Economic Belt and 21st-Century Maritime Silk Road initiatives collectively known as OBOR. For this purpose, China needs to develop infrastructure such as bridges, roads, railways, and ports across Central Asia and the Middle East to facilitate trade in both directions. Iran in particular is a lynchpin in such plans. Increasing economic ties also tallies with China’s “Peaceful Development,” a concept outlined in a 2011 white paper, whereby China seeks to “promot[e] common development and prosperity for all countries.”

Furthermore, China is also concerned about linkages between Islamic radical groups in the Middle East such as Islamic State (IS) and its own militants primarily in the western region of Xinjiang. Estimates on the number of Uighur militants who have gone to fight alongside IS and Al Nusra in Syria range from the hundreds up to three thousand. Thus, Beijing is keen to cooperate with Middle Eastern countries to tighten border controls, gather intelligence, and potentially conduct anti-terror operations. Anti-piracy is another important dimension given China’s dependence on maritime shipments to and from the region.

And yet, China’s evolving role in the Middle East brings with it a number of implications and challenges.

First, Chinese foreign policy towards Muslim countries will require a certain diplomatic finesse in order to balance the Sunni-Shia divide, particularly between Iran and Saudi Arabia. By potentially being seen to favor or antagonize one side, this could undermine its ties with other Sunni or alternatively Shia countries. China’s policy of non-interference stands it in good stead to balance this divide as evidenced by its foreign policy approach since the Mao era. In spite of this, China has in the past faced criticism from both governments and other non-state actors for its treatment of its (Sunni) Uighur population, notably from Turkey in 2009. How it deals with its own domestic separatist challenge could therefore affect its ties with Sunni countries in particular.

Second, China also faces competition in the region from other countries, for example Russia, Japan, and the United States. This necessitates that Beijing be well-positioned to maximize its economic interests and business opportunities. Iran’s opening up amidst the lifting of sanctions will bring market and investment opportunities but also other players that may compete with China.

Third, China’s growing economic stakes and interests could also be susceptible to terrorist attacks and general instability in the region. This raises the question if and how China will secure its assets and/or adopt a more significant role in seeking to resolve the region’s conflicts. While intervening through military force would appear unlikely, the security implications of its investments could become increasingly salient in the future.

In sum, the determinants of the China’s foreign policy in the Middle East are predominantly economic, focused on trade, energy, and infrastructural investments, especially since the announcement by the Xi Jinping administration of the creation of OBOR in September 2013 and the release of China’s Arab Policy in January 2016. Thus, China in the next few years will seek to create and consolidate its partnerships in the region. However, in so doing it will unavoidably become increasingly implicated in the region’s politics and security challenges.