Beyond the Management of the Reed Bank Collision 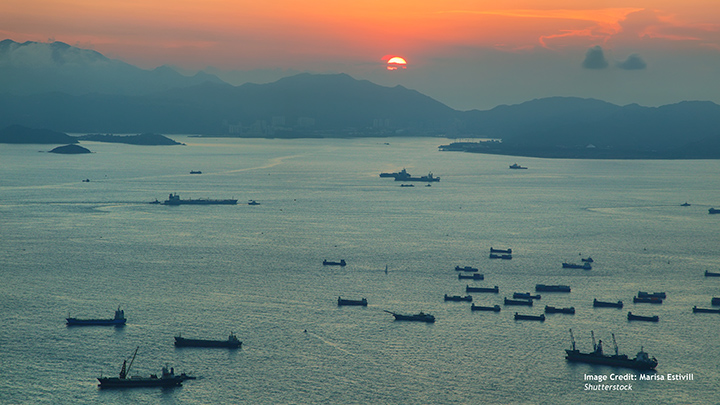 For more than two months before the president of the Philippines, Rodrigo Duterte, visited China in late August, authorities from both countries had been dealing with a collision incident in the South China Sea. It occurred in an area near Reed Bank (Liyue Tan in Chinese) and involved Chinese and Filipino fishing boats. The incident had overshadowed bilateral relations until it was properly handled. The lessons learned shed light on bilateral and regional incident management relating to the South China Sea.

Around midnight on June 9, a Chinese fishing boat from Guangdong collided with a Filipino fishing boat from Occidental Mindoro. Twenty-two Filipino crew members landed in the water and were later rescued by fishermen from a Vietnamese fishing boat. The Philippines’ Secretary of Defense Delfin Lorenzana officially disclosed the news on June 12, three days before the Philippines’ celebrated Independence Day. In his statement, Lorenzana indicated that the Filipino boat was anchored when it was hit by the Chinese trawler and that the Chinese boat fled, abandoning the Filipino crew in the water. That led to anti-China sentiment in the fishing communities of the affected coastal area.

Pressure increased on Duterte to take a tough stance to protect his country’s fishermen and sovereignty over the Reed Bank, where there are overlapping claims by China and the Philippines.

To deal with the situation, authorities of both countries carried out rounds of communication at different levels. Throughout the process, both foreign ministries acted as key coordinators. Separate investigations were conducted by competent maritime authorities of both countries, consistent with international regulations relating to prevention of collisions at sea and safety investigations into marine incidents. After comparing and assessing findings from both investigations, the parties negotiated liability and compensation.

On Aug. 28, China’s Guangdong Fishery Mutual Insurance Association sent a letter to the Philippine embassy in Beijing expressing three messages. First, the company that owned the Chinese fishing boat apologized to the Filipino fishermen for the incident. Second, the Chinese investigative report concluded that the Chinese fishing boat was primarily responsible. Third, the company would coordinate timely with the Filipino side for civil compensation. The Filipino side expressed satisfaction with the information contained in the letter.

Because of the overlapping claims to features and areas in the South China Sea, the maritime region is and will continue to present thorny issues in China-Philippines relations. Any incident in the area of overlapping claims is sensitive and could easily escalate. So political courage and wisdom are required, as well as mechanisms for proper management of incidents.

There are several valuable lessons to be drawn from the management of the Reed Bank collision.

First, both governments remained sober-minded, and efforts were made to prevent the incident from being politicized. This created an environment conducive to problem resolution.

Second, although the incident was an ordinary maritime collision, it happened in an area with overlapping claims; therefore, special management measures were brought to bear. Measures included having a single agency in control of coordination within each country and between the two countries, a resolution-oriented approach that steered away from politicizing the issue, a resolution that included humanitarian assistance of various kinds from both countries to the affected Filipino fishermen and an investigation in compliance with mutually accepted international regulations relating to collisions.

Third, bilateral communications at different levels were kept open throughout the management procedure, which was helpful in facilitating procedures such as accident investigation, liability determination and assessment of compensation.

Last but not least, it was clear that there’s an urgent need to establish cooperation mechanisms to deal with specific issues such as fisheries, maritime safety and search and rescue. Particular consideration should be given to the communities whose livelihoods depend on the area. Agreements on such mechanisms would help maintain traditional friendships between these communities in the countries touching the South China Sea.

Looking to the Future

Before any final resolution of maritime disputes in the South China Sea can materialize, a large part of the area in the broader sea will continue to be fishing grounds for commercial fishermen from coastal countries, in particular China, the Philippines and Vietnam. This was shown in the collision case. Fishermen from these three countries were all involved.

For China-Philippine relations involving the South China Sea — besides making full use of the existing mechanisms, such as the China-Philippines diplomatic consultation and Bilateral Consultation Mechanism on the South China Sea — other mechanisms need to be established under the BCM to address issues for the benefit of local communities whose livelihoods have a close link with the sea.

For this purpose, a good example is the initiation of the fourth BCM Meeting to establish working groups to deal with issues carrying political and security implications, maritime search and rescue, maritime safety, marine environmental protection/marine scientific research and fisheries. Dispute management and cooperation through established mechanisms that benefit affected communities may be more sustainable in bilateral relations. And a better bilateral relationship can provide friendlier and safer grounds for communities at sea to extend help, out of both instinct and obligation.

Territorial and maritime disputes are always difficult to resolve. This is especially true for the South China Sea, where more than two parties are involved. Top leaders from China and the Philippines have, on various occasions, expressed a commitment to work closely on promoting efforts in negotiations between ASEAN member states and China toward an effective and substantive Code of Conduct for the South China Sea, addressing issues which may lead to tensions and regulating activities to prevent incidents such as the Reed Bank collision.

As coordinator between ASEAN and China, the Philippines has a key role to play in working closely with China to promote a rule-based order in the South China Sea.