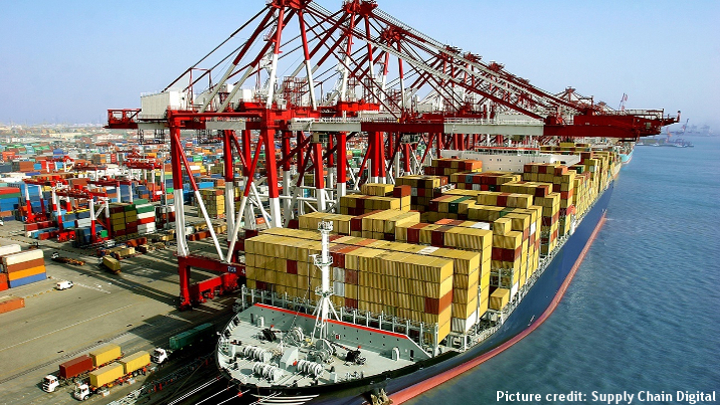 Origins of the Initiative

The initiative was first announced by President Xi Jinping in September 2013. When announcing his vision, Xi Jinping compared the ‘Belt’ to the historic Silk Road, which, over 2000 years ago fostered long-distance economic and political relations between Eastern, Central and Western civilisations. The ‘Road’ has a primogenitor to the Indian Ocean sea routes during 618-907 CE which connected the Tang Empire with south-eastern Europe, southwest Asia, Eastern Africa and the Indian subcontinent.

The contemporary plan is to create both a ‘Silk Road Economic Belt’- rail and roads running through Central Asia and onto Europe complemented by a ‘Maritime Silk Road’ (海上丝路)- ports and shipping lanes that will connect Southeast Asian States and countries which border the wider Indian Ocean. Together, both sections make up ‘the Belt and Road Initiative’- an extensive global trade project that will potentially encompass a region of over 65 countries and a combined population of 4.4 billion people.

In Chinese, the Belt and Road Initiative is known as Yi Dai Yi Lu一带一路 (literally ‘One Belt, One Road’). Frequently, English language commentary refers to the Belt and Road Initiative by its former name- ‘One Belt One Road’ or by its abbreviation, ‘OBOR’. This backgrounder uses the terms ‘Belt and Road Initiative’ or, just simply “the initiative” since this is the current terminology that is used in the English version of the 2015 Chinese government Vision and Actions plan. The Chinese leadership has presented the initiative as an economic kick-start to promote infrastructure development, policy coordination, remove barriers to trade and encourage cultural exchange.

Economic factors have been a key influence behind the initiative. Current overcapacity in Chinese steel and construction sectors may be mitigated by the large infrastructure projects that the initiative would require. Chinese domestic development will falter without access to significant energy resources. The initiative would greatly widen Chinese access to energy infrastructure. In turn, these economic outcomes would aid in furthering China’s long-term development and centenary objectives.

For China to double their 2010 GDP by 2021 it must produce high economic growth rates. The economic opportunities that will be created through the initiative are indeed a way to do this. The initiative also acts as an economic stimulus package for its Western and Central Provinces. These regions have witnessed rapidly growing income inequality. Beijing sees development as a solution to address income inequality particularly in restive regions such as Xinjiang.

Geopolitical realities have also helped shape the Belt and Road initiative. Over time China has undoubtedly become more active on the world stage. The initiative gives China a tremendous opportunity to raise its profile by taking on significant financial risks. Further, the large-scale infrastructure projects and foreign investment that will occur under the initiative may give Beijing a greater say in world affairs. Indeed, neighbouring economies will become more closely linked to China and its rise. In terms of strategy, securing access to goods and energy resources is of major concern to China. For instance, in 2013, China imported 64.5% of its crude oil. In times of conflict, a maritime blockade could severely restrict trade to and from China.Such a strategy has already been theorized and fits China’s charges that the U.S. “is engaging in tight encirclement of China…”

In sum, the trade routes opened through the initiative would mitigate any potential trade blockades whereas energy infrastructure built to the West rather than East would theoretically bypass U.S. encirclement.

The Vision and Actions Plan

After much uncertainty, a Vision and Actions plan for the initiative was released by the National Development and Reform Commission, Ministry of Foreign Affairs, and Ministry of Commerce of the People’s Republic of China on the 28th of March 2015. The document argues that since the world is moving towards multi-polarity, economic globalization and greater cultural diversity, the initiative will promote infrastructure development, trade and financial cooperation, and cultural and scientific exchange. “Economic corridors” aim to integrate specific regions, while cooperation mechanisms should aid in implementing the initiative. Having said this, the size and scale of the initiative means that plans are under constant revision.

To establish an interconnected infrastructure network, the Vision and Actions plan explains that separated road sections need to be linked. Coordination mechanisms need standardization and transportation bottlenecks must be reduced. The Asian Development Bank has repeatedly argued that bottlenecks have constrained China’s trade growth.

In terms of strengthening the 21st Century Maritime Silk Road, the plan encourages States to engage in port infrastructure construction and to share information technology in logistics to enhance port-to-port trade. Energy infrastructure is also highlighted as an important area of cooperation to ensure the security of oil and gas pipelines. Mutual investment opportunities include both conventional energy as well as various renewable energy sources. Building cross-border power supply networks are intended to further increase energy security for the entire region.

Free-trade areas, lowering non-tariff barriers, improving transparency and standardizing customs clearance processes are emphasized in enhancing trade cooperation. Potential mutual investment opportunities include areas such as agriculture, forestry and fishing. The document also argues for the elimination of investment barriers and that the protection of investment rights would further enhance investment cooperation.

Bilateral investment is also supported and countries are welcomed to invest in Chinese businesses, while Chinese companies will engage in infrastructure development abroad. To reduce fears that Chinese companies may use their own labor and materials without sharing processes and technological information, the document states that the initiative plans to increase ‘localized operations’ and ‘local employment’. In terms of finance, governments are encouraged to purchase Renminbi bonds to enhance financial cooperation and the use of the Renminbi by foreign countries.

Cooperation will go hand-in-hand with cross-cultural exchanges such as increasing the scale of tourism and encouraging cultural activities. To further the exchange of students, China has also established 10,000 scholarships which will promote collaborative research. To counter the threat posed by cross-border diseases, the document highlights sharing information on epidemics and the training of medical staff to fight against major infectious diseases together. Labs, research centers and think-tanks will conduct joint research projects to enhance the exchange of information.

If completed, the initiative will have an extensive presence in Central Asia. As a region, Central Asia faces significant security problems such as border security, militant Islamists and drug smuggling. Historically, there has been a tense relationship between Beijing and the Uighur separatists. A case in point is the recent bombing of the Chinese embassy in Kyrgyzstan by a Uighur separatist. At the same time one of the greatest stabilizes for Central Asia, the U.S. and the International Security Assistance Force (ISAF) are withdrawing from Afghanistan. Analysts’ predictions for the future of Afghanistan, Turkmenistan, Tajikistan and Kyrgyzstan are bleak.Without external involvement these States are ill-equipped to deal with the regional threats that emanate from Afghanistan. These realities pose serious questions for the security of the initiative’s projects.

Further, the Central Asian region is marred with endemic political and economic problems. Indeed, Transparency International’s Corruption Perceptions Index rates Uzbekistan, Tajikistan, Kazakhstan, Turkmenistan, Afghanistan and Kyrgyzstan as “Highly Corrupt” countries whilst Russia, Pakistan, India and Mongolia received only slightly less dire ratings. Given this, one should remain skeptical of whether the kind of capital from Belt and Road projects can be properly absorbed into local economies.

Corrupt and inefficient State Owned Enterprises (SOEs) only compound security issues.SOEs themselves are not a single entity, but rather represent numerous companies of varying sizes with different standards and objectives. Regulation has always been problematic and even more so when operations are being conducted overseas.

Indeed, “China has yet to craft a complete system of laws and regulations for companies to regulate fair conduct or disclosure regarding overseas investment are limited and fragmented.” The track-record of Chinese SOEs in Africa is exemplary of these problems. Further, the Belt and Road Initiative has been touted as a solution to China’s supply overcapacity. Generally, Chinese supply-driven projects are victim to waste, inefficiency and unaccountability. For these reasons, it remains to be seen whether the initiative can rise above these problems. At the same time, the structure of SOEs make these concerns even more critical. Typically, SOEs import Chinese materials, equipment and labor. One can easily envisage how this arrangement would be ripe for tension, resentment and distrust between SOEs and local populations. Although the Vision and Actions Plan suggests a move away from this structure, it is yet to be seen and, in any case, SOEs are still only loosely regulated. Beijing commands limited control over SOEs and in order to stay operational and competitive, SOEs must employ profit-maximizing practices.

The Maritime Silk Road faces its own security concerns. Whilst piracy is presently at its lowest levels since 1995, the Maritime Silk Road ventures through zones that are still considered to be the most active piracy hotspots. The effects of piracy are numerous. In addition to posing risks to human lives, piracy exerts a financial cost by increasing insurance premiums and results in a higher costs of goods for consumers. This is antithetical to the goals of the Maritime Silk Road.

In recent years, there has been a concerted effort to curb the effects of piracy. The coast of Somalia and the Gulf of Arden for instance, have witnessed sharp declines in pirate activity. However, analysts’ suggest that a single successful piracy operation would be enough counter such efforts. Moreover, costly measures to defend shipping lanes amount to naught when piracy hot-spots move. As well as being the busiest trading lanes, the Singapore Strait and Strait of Malacca (parts of the Maritime Silk Road) are the current epicenters for piracy. The significant volume of traffic passing through these routes makes it easier for pirates to blend in, theoretically, this would be made easier as even more cargo is shipped with the Maritime Silk Road.

Security remains a critical concern for the success of the Belt and Road Initiative. Both segments pose numerous contrasting security challenges whilst SOEs may make these problems worse.