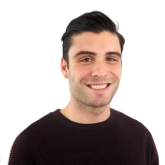 Mr. Jesse Faria completed his degree in Politics and International Relations with First Class honours at Queen Mary, University of London; he also holds an intercollegiate Master’s degree in the History of Political Thought with University College London and Queen Mary. Before joining ISDP, Mr. Faria worked as a research and communications assistant at the Institute of Ideas, London, where he helped in the organization of the Battle of Ideas festival and conducted research in the areas of international affairs and political theory. Mr. Faria’s research interests are varied and multidisciplinary; they include: the rise of China as a superpower and its relationship with other BRIC nations; China-Latin America relations; the socio-economic consequences of armed conflict in the Middle East. At ISDP, Mr. Faria was affiliated with the Outreach Team.