Summary of the presentation “China’s Rise as Maritime Power: The Energy Security Dimension” 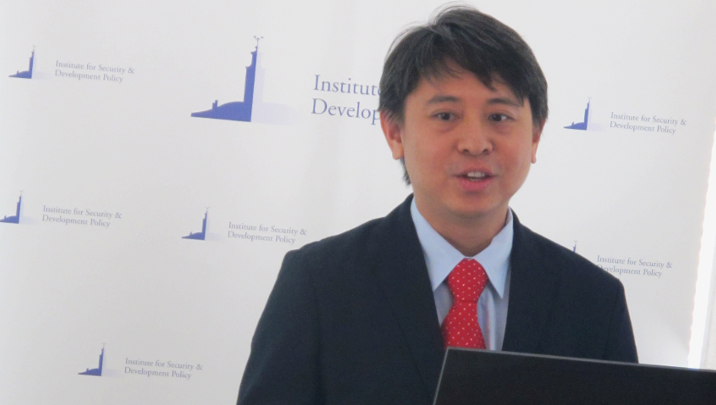 In an ISDP Forum on June 10th, 2016, Dr. Christopher Len, Senior Research Fellow at the Energy Studies Institute, National University of Singapore and Associated Fellow at ISDP, shared his personal thoughts on the energy security dimension of China’s rise as a maritime power.

He gave an overview of China’s growing maritime consciousness, noting that Beijing has increasingly been emphasizing the safeguarding of China’s maritime rights and interests, and in developing the country’s maritime economy, with the aim of developing China into a maritime power. According to him, there is currently no official Chinese “maritime power” definition. However, it is clear that this status would encompass a broad range of civilian and military capabilities, and involve China playing a major role in international maritime affairs.

In the energy security context, he spoke about China’s growing energy import dependence and how shipments through the Indian Ocean and the South China Sea are expected to increase in the years ahead as a result. In response to this trend, China is developing capabilities to secure its maritime energy supply chain, specifically, in safeguarding what it considers as strategic sea lines of communication, in performing evacuation operations of Chinese nationals overseas, and in vessel protection operations. He also spoke about prospects of seabed resource development in the disputed South China Sea, stating that the maritime disputes have hampered China’s efforts to explore and develop this area. He concluded that the key challenges for China is whether it would be able to build trust and manage potential flashpoints as it seeks to advances these maritime interests in the years ahead.