Where is Turkey Headed After the Failed Coup? – FULLY BOOKED 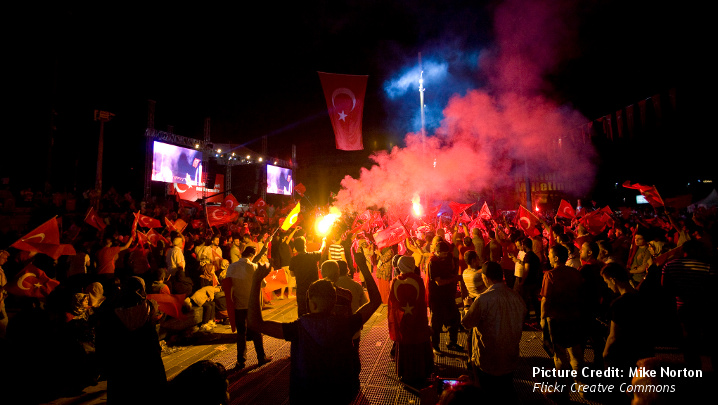 Where is Turkey headed after the failed coup of July 15? The coup attempt has left the military, the traditional “pillar” of the Turkish state, in disarray, and the institutional implosion extends beyond the military. The fracturing of the Turkish state is historically unique, and the putsch brings attention to the conflict between the two factions of Islamism in Turkey, the AKP and the Gülenists. What impact will July 15th have on the evolution of the Islamic movements in Turkey? How is the military likely to be reshaped, ideologically and institutionally, in its aftermath?  Has President Erdogan survived the coup stronger or weaker? What kind of Turkey – more authoritarian or more democratic, more Islamic or more secular – is now likely to emerge?

Mr. Lars Haugom is Visiting Scholar at the Norwegian Institute for Defence Studies in Oslo. He is currently working on a PhD project on changes in civil-military relations in Turkey since 2000.

Mr. Halil M. Karaveli is a Senior Fellow with the Turkey Center of the Central Asia-Caucasus Institute & Silk Road Studies Program Joint Center and editor of its publication The Turkey Analyst.