The Complexity and Multiplicity of Taiwanese Identity 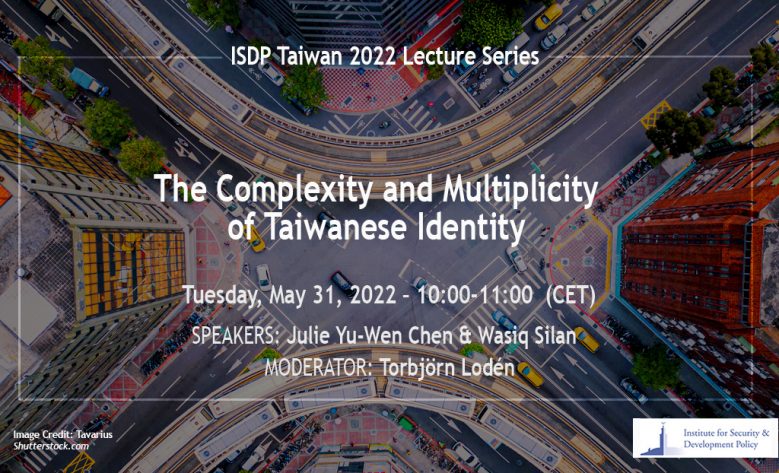 In this online roundtable, two Taiwanese researchers based in the Nordic region will share how their identities have been constructed, challenged, and transformed in their respective life journeys. Their reflections will unveil the complexity and diversity of Taiwanese identity formation, often over-simplified in the Western media’s portrayal of “Taiwanese identity”.

Julie Yu-Wen Chen, Professor of Chinese Studies, was born in Tainan, an electoral stronghold for the pro-Taiwan Democratic Progressive Party. However, she grew up among KMT soldiers, their families, and sympathizers, who had escaped China after the nationalist Chinese lost the civil war against the communists on the mainland. At home, Professor Chen lived with a grandmother who spoke Japanese and Taiwanese but not a word of Mandarin. Some of her father’s side of the family were critical of the KMT regime and had to flee to North America and restart their lives, and KMT-imposed martial law severed connections to that branch of her family.

Wasiq Silan is a postdoctoral researcher at the Swedish School of Social Science. She was born in Taipei and grew up in the Tayal village of Wulai. Both her parents had mixed backgrounds: her father’s parents were Indigenous Tayal and Mainland Chinese while her mother’s were Hakka and Mainland Chinese. Like many children from intermarriage families, Mandarin was the only language spoken at home. KMT was accepted as an ideal, non-ideological party which brought economic development and peace. Dr. Silan chose to identify as a Tayal in her early 20s, gradually leading her to recognize and validate this identity in her research, primarily through her grandmother during her doctoral fieldwork.

How do the participants identify with the Taiwan nation or state, even? Have their identities changed over their life journeys? How? Torbjörn Lodén will moderate the discussion thread to unpack these questions.