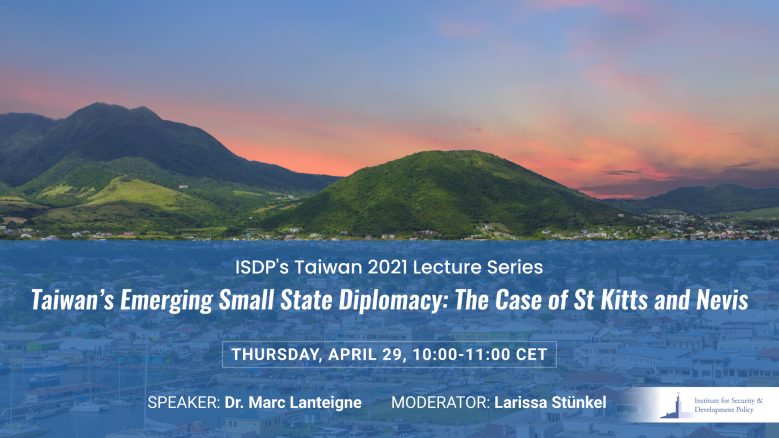 Since the largely undeclared diplomatic truce between Beijing and Taipei fell into abeyance in 2016, the Tsai Ing-wen government in Taiwan has been adjusting its diplomacy towards its small state partners to reflect a wider array of current and potential socio-economic cooperation. With the resumption of overt diplomatic competition for allies and influence with Beijing, Taiwan’s diplomatic rebalancing has taken place particularly in the areas of agriculture, development, education, health and training. This renewed focus has since been referred to as Taiwanese ‘cat warrior’ diplomacy, which reflects an emphasis on soft power (power of attraction), as well as agility and flexibility. These policies on Taiwan’s part can notably be observed in Latin America and the Caribbean, where Beijing has greatly stepped up its economic presence. Evolving diplomatic ties between Taiwan and the Caribbean state of St Kitts and Nevis shed light on Taipei’s endeavors to promote closer cooperation in the region and serves as an illuminating example of small state diplomacy at work.

We are honored to welcome Dr. Marc Lanteigne, Associate Professor of Political Science at UiT – The Arctic University of Norway – to this webinar. Dr. Lanteigne has previously been associated with Massey University in New Zealand, where he held the position of senior lecturer. During this time, he had a chance to conduct field work in the Pacific, focusing on Taiwan’s small state diplomacy in the region. He has since expanded the scope of his research on small state diplomacy to the Caribbean. Larissa Stünkel, Junior Research Fellow with ISDP’s Stockholm China Center, will moderate the event.