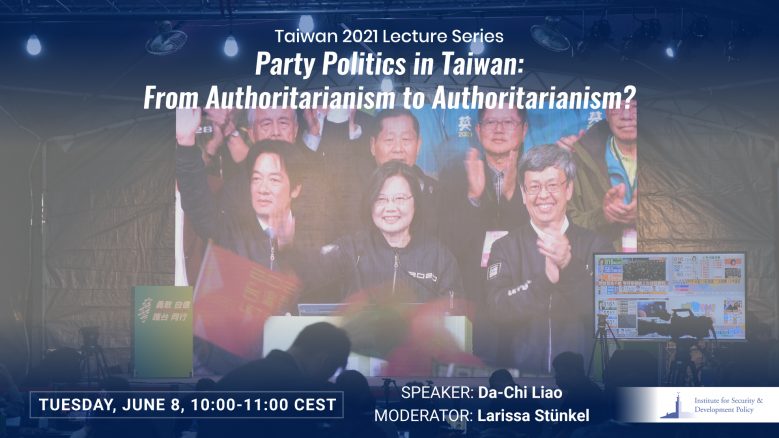 In this lecture, Dr. Da-Chi Liao will make use of the theoretical concept of authoritarianism to sketch out the cyclical nature of party politics in Taiwan. Starting with the Kuomingtang’s (KMT, the Chinese Nationalist Party) authoritarian rule from 1950 onward, she will then outline the transition to multi-party competition after the lifting of Martial Law in 1987. After 2016, she argues, Taiwanese party politics have been characterized by a new form of authoritarianism by means of which the current ruling party, the Democratic Progressive Party (DPP), is able to dominate all spheres of governance.

Dr. Da-Chi Liao is a distinguished professor at the Graduate Institute of Political Science at National Sun Yat-sen University. She received her Ph.D. in Political Science from the University of Michigan in 1990. Her research interests span legislative studies, constitutional design, identity issues, information technology, and party politics. From 2004 to 2006, she served as the President of the Taiwanese Political Science Association. Most recently, she has been engaged in a research project dedicated to ICTs (Information and Communication Technologies) as a tool to analyze politics and assess the status of democracy in Taiwan. This project (http://ivoternet.org/) is conducted in conjunction with the European University Institute in Florence, Italy.