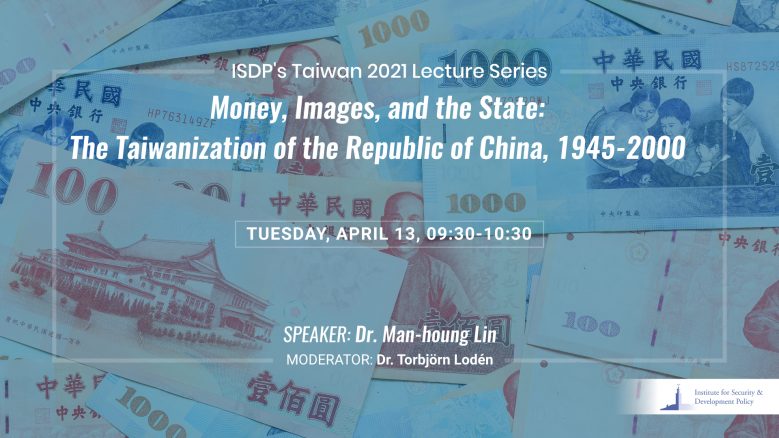 Images on money provide a widely circulated medium through which a state can make its values visible. Images on money and implemented currency laws up to 2000 reveal the Republic of China’s (Taiwan) Taiwanization. At first, this process was heavily driven by the Japanese legacy and American influence; later, it was shaped more by Taiwan’s democratization. Imperial China’s culture was reinstated, and pre-1949 ROC symbols were reproduced; the unification of images on the ROC’s Taiwan money diverges from the diversification of images on money in imperial China and the pre-1949 ROC.

We are honored to welcome Dr. Man-houng Lin, Senior Research Fellow at the Institute of Modern History at Academia Sinica since 1990. She also holds a professorship at the Department of History at National Taiwan Normal University and is the author of “China Upside Down: Currency, Society and Ideologies, 1808-1856”. Prof. Torbjörn Lodén, Head of the Stockholm China Center at ISDP will moderate the event.