Sino-Nordic Relations: Opportunities and the Way Ahead 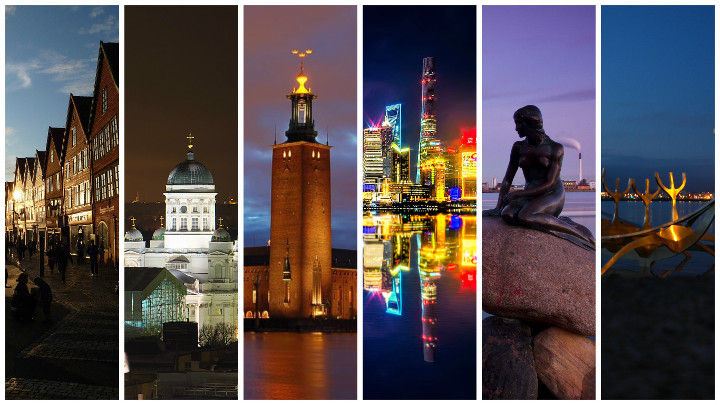 65 years after Sweden and Denmark became the first Western countries to establish diplomatic relations with the People’s Republic of China, ties between the Nordic region and China keep evolving.

China has identified the Nordic region as a source of environmental expertise, business innovation and welfare models. Conversely, China has become one of the Nordic countries’ largest non-European trading partners. However, concerns over human rights, geopolitics and China’s ‘core interests’ frustrate mutual perceptions.

How can China, the Nordic countries and the Nordic Region work together while preserving their core values? What are the possibilities to expand cooperation to other fields? And, what forms could such cooperation take?

Relations between China and the Nordic region are largely conducted on a bilateral level. However, Nordic-level relations with China are increasing, and in 2016 the Nordic Council of Ministers decided explore possibilities to further develop regional co-operation with China. During this panel, we will discuss the development of Sino-Nordic relations in recent years, and the directions policymakers could, and should, explore in the future.

Mats Hellström (SE) is the former Swedish Minister for Foreign Trade, European and Nordic Affairs, Sweden’s Ambassador to Berlin, and Governor of the Province of Stockholm. His extensive work on matters of foreign trade will reflect on the administrative and political realities between the EU, Nordic Region and China.

Kristina Sandklef (SE) is Founder and Partner of Sandklef Asia Insights, as well as founder of the Sino-Swedish recruitment site ‘Kinapoolen’. She has previously worked as Asia economist at East Capital; Senior Advisoron China affairs at Ericsson; and China analyst at the Swedish Armed Forces.

Both China and the Nordic societies face complex threats from climate change, economic stagnation, gender inequality, and urbanization. Unable to solve these issues domestically, international co-operation becomes increasingly important. During this panel we will examine challenges and opportunities in possible avenues for Sino-Nordic cooperation.

Guoyi Han (SE) is Research Fellow and theme co-leader for Managing Environmental Systems at the Stockholm Environment Institute (SEI). His work specializes on nature-society synthesis in environmental change, and the environmental and social implications of China’s transition.

Cecilia Nathansen Milwertz (DK) is Associate Professor and Senior Researcher at the Nordic Institute of Asian Studies (NIAS). She has participated actively in the Sino-Nordic Gender Studies Network, and is part of research groups on gender and development, and global interconnections of the Chinese labour force.

Nis Høyrup Christensen (DK) is Assistant Professor, PhD, at Copenhagen Business School. He served as Advisor on Chinese Affairs for the Confederation of Danish Industry (DI), and represented DI in Brussels at Business Europe’s working group on China. His research focuses on the transformation of market institutions in China.