Science Diplomacy: A Crucible for Turning the Tide in the South China Sea 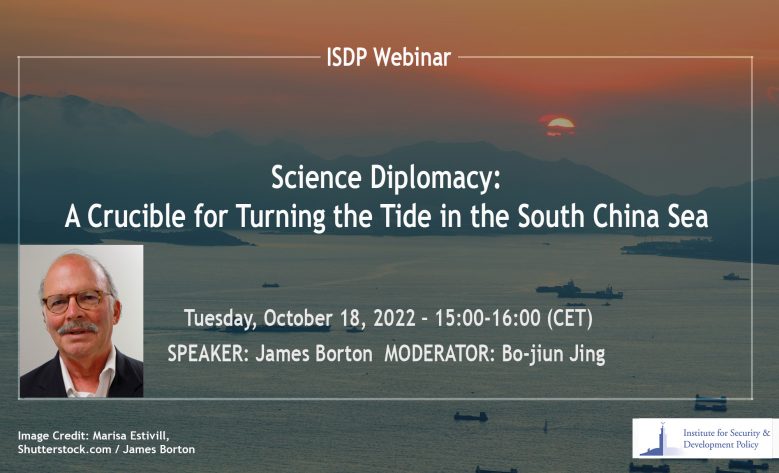 The South China Sea faces a serious problem because of the mounting environmental degradation due to climate change, ocean acidification, plastics pollution, reclamations, fisheries collapse, coral reef destruction and increased maritime traffic. The failure to resolve the South China Sea crisis is a harbinger of ecological disaster. Environmental cooperation remains the only viable pathway for addressing marine environmental decline in the disputed South China Sea and science diplomacy can establish a starting point for regional cooperation and lead to a much needed pause in rising tension. For Southeast Asian claimants, environmental protection and scientific research can be viewed as confidence-building mechanisms for engaging China and developing person-to-person connections that can prove impactful both for marine ecosystems and wider regional issues.

James W. Borton is a senior fellow at Johns Hopkins University/SAIS Foreign Policy Institute and the author of the newly published Dispatches from the South China Sea: Navigating to Common Ground. As a foreign correspondent in Hong Kong for The Washington Times and contributor to the South China Morning Post, he has reported widely on Southeast Asia for more three decades on the convergence of environmental policy and geopolitics on the Mekong River and in the South China Sea. He’s been a past fellow at the US-Asia Institute and at the Stimson Center in Washington, DC.