Revolt in Central Asia: The Cataclysm of 1916 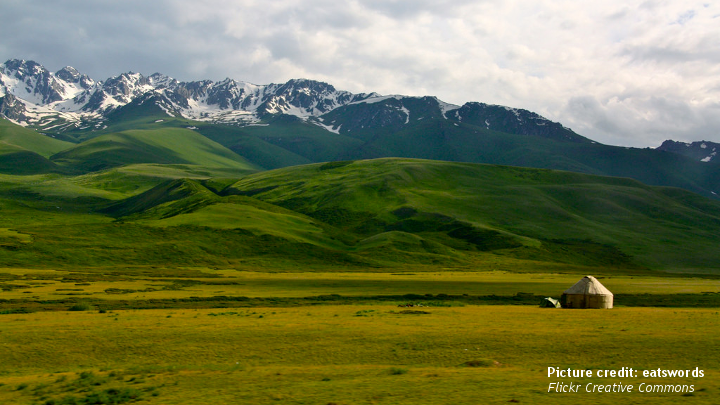 A century ago, at the time of World War I, hundreds of thousands of Central Asians–Kazakhs, Tajiks, Turkmen, Uzbeks, and above all Kyrgyz–perished when they revolted against the tsarist Russian government’s attempt to draft them into the army. Besides those who were killed outright, tens of thousands of Kyrgyz men, women, and children died trying to escape over treacherous mountain passes into China.

Soviet authorities have long suppressed information on the 1916 revolt, but its Centennial has generated fresh interest, marked by seminars, mass meetings, and publications. Russia, in the meantime, has closed relevant archives and offered the curious thesis that the revolt was actually directed not against Russian rule, but against the authority wielded by the indigenous Turkic bourgeoisie.

The Central Asia-Caucasus Institute marks the centennial of the tragic loss of Central Asian life with two major publications: a new edition of the book The Revolt of 1916 in Russian Central Asia by Edward Dennis Sokol, with foreword by Dr. S. Frederick Starr (JHU Press); and a Silk Road Paper entitled Central Asia in Revolt: the Cataclysm of 1916, edited by Zamira Sydykova.  Both of these publications will be presented and discussed at this forum.

Visiting Fulbright scholar at Central Asia-Caucasus Institute/Head of the Dept. for Contemporary History and International Relations, Institute of History, Academy of Sciences, Uzbekistan.

The Revolt of 1916 in Russian Central Asia

Edward Dennis Sokol, with a foreword by S. Frederick Starr

Follow this link to order a copy of the book.