Hong Kong: a City of no Opposition 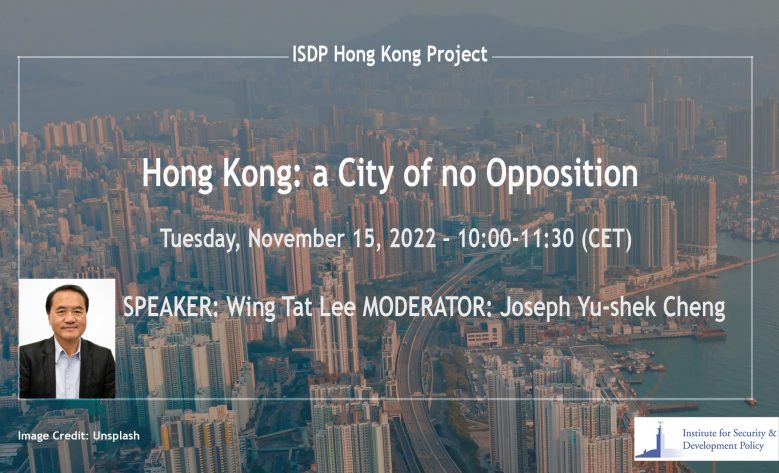 In the summer of 2020, nearly a year after a controversial extradition bill sparked the largest protest movement seen in the history of Hong Kong, China clamped down with the sudden introduction of a new National Security Law. The law spelled the death blow to the principle of “One Country, Two Systems”, supposed to safeguard individual rights, judicial independence, and wide-ranging autonomy for Hong Kong until at least 2047.

In this webinar, Mr. Wing Tat Lee speaks about the implications of these new developments for Hong Kong’s party politics in the present and in the future. Joseph Yu-shek Cheng will moderate the session.

Wing Tat Lee was born in Hong Kong in 1955. In 1976 he entered the University of Hong Kong, and in 1979 he was elected Vice President of the Student Union and became a key leader of the student movement. In 1985 he was elected District councilor of a local council, and in 1986 he became a member of the Basic Law Consultative Committee of People Republic of China. The task of this committee was to collect opinions among Hong Kong people for the drafting of the Basic Law – Hong Kong’s mini-constitution. Starting from 1989, he worked very closely with Martin Lee and Szeto Wah, two key leaders of the Hong Kong democratic movement. He was first elected Legislator in 1991 and served five terms in the Legislative Council up to 2012. He was the founder and core member of the Democratic Party, a major political party in Hong Kong, led by Martin Lee, and became the Party’s third Chairman. He organized and participated actively in the Umbrella Movement and the 2019 anti-extradition law movement. He was arrested and convicted for participating in a public assembly. In August 2021 he left Hong Kong for the UK. Presently he has no party affiliation.