Deepening Democracy: The Interplay of Women’s Movements and State Feminism in Taiwan 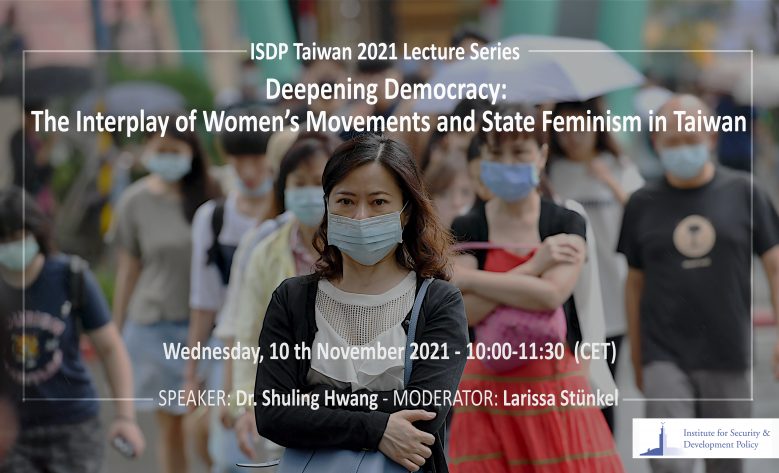 The first to legalize same-sex marriage, Taiwan also ranks number one in Asia on gender equality. In another installment of the Taiwan 2021 Lecture Series, Dr. Shuling Hwang will delve into women’s movements and state feminism and the role both played in advancing gender on an institutional level. One of the key features of institutional mechanisms in place for this purpose is participatory democracy, whereby civil society members work closely with government officials and civil servants. This direct involvement practice can nowadays be observed at all levels of Taiwan’s central and local government branches. Through these, feminist activists have been able to promote UN-advocated gender mainstreaming, gender quotas, and to protect and respect women’s human rights as outlined by the Convention on the Elimination of All Forms of Discrimination against Women (CEDAW), all of which contributes to an expanding state feminism.

We are honored to welcome Dr. Shuling Hwang, who is a Professor at the Center for General Education at the National Defense Medical Center (Taiwan). Her research interests cover state feminism and gender mainstreaming. Larissa Stünkel, Junior Research Fellow with ISDP’s Stockholm China Center, will moderate the event.