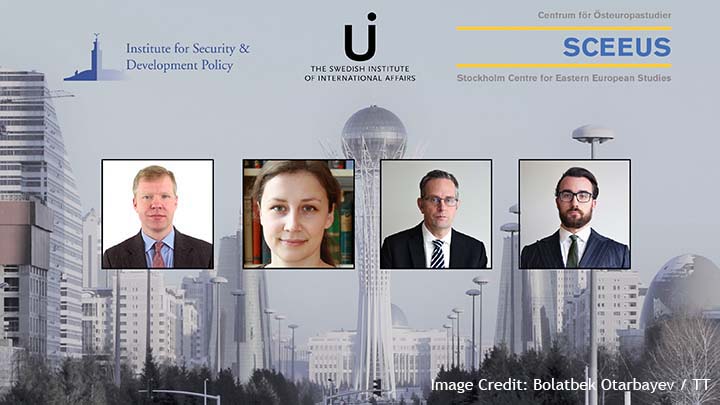 What was behind the crisis in Kazakhstan? The Stockholm Centre for Eastern European Studies (SCEEUS) at the Swedish Institute for International Affairs (UI) and the Institute for Security and Development Policy (ISDP) invite you to this webinar on the developments in Kazakhstan.

Following local demonstrations against energy price increases, violent clashes erupted in several cities in Kazakhstan in the beginning of January. To stabilize the situation, President Tokayev requested the intervention of Russian and allied troops from the organization CSTO – the first time ever that troops from the Russian-dominated security alliance were deployed. The unrest also led to shakeups in the internal power structure whereby previous President Nazarbayev was ousted from several important positions.

This webinar aims to illuminate multiple questions regarding the development: How was it affected by internal power struggles? Why did President Tokayev feel the need to request help from CSTO? Could this be a future model for Russian crisis management in its neighborhood? What were the reactions from nearby countries in the region? What does this mean for the security balance in Central Asia?

Svante E. Cornell,  Director of the Institute for Security and Development Policy

The webinar will be moderated by  Hugo von Essen, analyst at the Stockholm Centre for Eastern European Studies.

More information on the Swedish Institute for International Affairs’ website.