China-US Relations: A View from the American Academic Sector 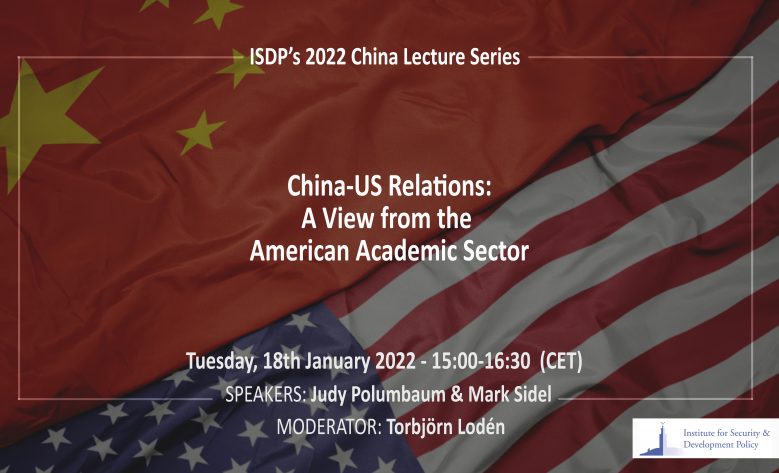 Two American academics who were among the first American young people to work in China after the Cultural Revolution and who have observed China-US relations for five decades will discuss the evolution of China-US relations and developments during the Xi and Biden administrations, including the clouded prospects for improved relations and the very significant challenges that remain.

Judy Polumbaum is a Professor Emerita of Journalism and Mass Communication at the University of Iowa. She went to China in the late 1970s to teach journalism and began a scholarship on Chinese Media with fieldwork in the 1980s. She is now retired from academia and viewing matters as a concerned and perplexed ordinary civilian.

Mark Sidel is Doyle-Bascom Professor of Law and Public Affairs at the University of Wisconsin-Madison and consultant for Asia at the International Center for Not-for-Profit Law (ICNL). He has been working and doing research in China since the 1970s and served on the team that established the Ford Foundation office in Beijing. His current focus is on civil society and philanthropy in China.