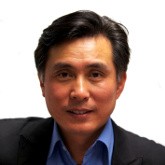 Tony Fang 房晓辉, PhD, is a Professor of Business Administration at Stockholm Business School of Stockholm University, Sweden. Professor Fang conducts research on culture in globalization, cross-cultural management, intercultural leadership, intercultural communication, Nordic culture and management style, Chinese business, and political science, etc. He is the author of the books Chinese Business Negotiating Style (Thousand Oaks: SAGE) and Att göra affärer i dagens Kina (Stockholm: SNS) as well as a number of influential works in cross-cultural management such as “Yin Yang: A new perspective on culture”, “From ‘Onion’ to ‘Ocean’ ”, and “A critique of Hofstede’s fifth national culture dimension”. Professor Fang received his PhD in Industrial Marketing in Sweden (1999, Linköping University, Sweden) and his MSc and BSc in Naval Architecture and Ocean Engineering from Shanghai Jiao Tong University, China (1987 and 1984, respectively). He was a Visiting Scholar in the Department of Political Science, Massachusetts Institute of Technology (MIT; Host professor Lucian W. Pye, 1998). Prior to becoming an academic, Tony Fang worked for both Chinese (1987-1991) and Scandinavian (1993-1995) shipping companies. He also worked as a seaman onboard large multipurpose cargo container vessel sailing from China to Europe and vice versa.