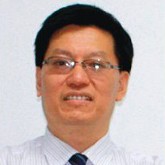 Dai Yonghong has worked as trade representative for an International Cooperation company; journalist & editor of international affairs for the press; manager of R&D and training in securities companies; vice president of an investment company; legal advisor of law firms; business development analyst; and project coordinator in energy MNC in Canada. He also visited and studied at the University of British Columbia and University of Calgary in 2005 and 2008 respectively. Dr. Dai stayed at ISDP as a guest researcher from May to November 2014, focusing on Geopolitics Strategy, Energy Strategy and Major Powers Game in Myanmar.

Currently, Dr. Dai is based at Shenzhen University.