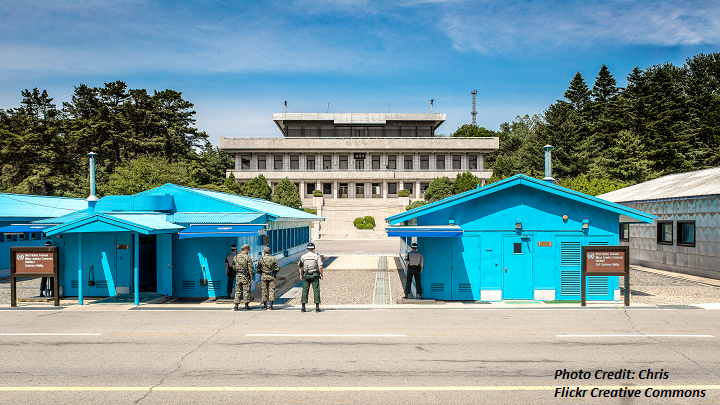 The Stockholm Korea Center is a component of the Institute for Security and Development Policy (ISDP), an independent research institution and think tank. The Korea Center provides expert knowledge on Korea affairs and acts as a platform designed to promote cross-cultural understanding and cooperation. A geopolitical hotspot. A dynamic democracy. A divided nation. A leading economy. A cultural exporter. Understanding and engaging with Korea in the 21st century is relevant for the world beyond the clichés.

The Center’s work does not focus on the Korean Peninsula alone, but also explores regional implications and ripples created by North Korea’s nuclear and missile programs, South Korea’s economic and military advancements, bilateral relations with Japan, the U.S. and China, among other topics.

Based in Stockholm, the ISDP Korea Center seeks to promote informed understanding and constructive dialogue on issues of peace, security, and sustainable development on the Korean Peninsula. It also serves as a hub to advance knowledge, exchange, and cooperation between Korea and the Nordic region. The Center regularly invites delegations from ISDP’s partners in Asia to come to Stockholm for seminars, and staff members visit partners in Asia. In addition, the Center’s staff participate in international seminars, conferences and events. Drawing on ISDP’s extensive local network, all visiting delegates have the opportunity to meet with influential figures from the government, academic, and private sectors in Sweden as well as other European countries.

The Korea Center runs a Guest Researchers Program providing a platform for visiting researchers from both Koreas to engage in research, training, networking, and collaborative activities on issues of mutual interest. During their stay in Stockholm Guest Researchers will work on a publication focus on a topical Korea-related issue, which will be later disseminated in one of ISDP’s publications formats. Additionally, all Guest Researchers are encouraged to present theirs work, experience and research through private lectures and public seminars. The Center provides the Guest Researchers with opportunities to interact with Swedish and European academic and policy community, therefore promoting cross-cultural understanding and knowledge exchange.

ISDP’s experts, consisting of staff and an extensive network of associated fellows, engage in a wide range of research projects. Results of this work are disseminated in a range of publications, including ISDP’s in-house formats, as well as also being made available to the public via seminars, workshops, and comments in the media.

The Center’s research aims to promote knowledge, awareness, and debate on topical Korea-related issues. In issuing practical and accessible research and analysis to a broad audience, it also aspires to inform the policy and public debate. The Center’s work focuses primarily on 4 thematic areas:

1. Dialogue and Peace: ISDP is well aware of the fundamental value of dialogue in a peace process, which is why the main purpose of these publications is promote dialogue with relevant stakeholders. An effective and fruitful dialogue between the parties should involve attentive and thoughtful listening to each party’s needs, interests, and proposals.

2. North-South Relations: Its primary focus is on contemporary relations; however, the Korea Center believes it essential to also draw attention to the significance of studying and knowing the history of inter-Korean relations and interactions. Focusing predominantly on the relationship between North and South Korea, the Center covers not only political and security issues, but also explores economic, development and aid-focused endeavors.

3. Northeast Asia Regional Security Matters:In the last two decades, the Northeast Asia region has come to the fore on the international stage. The growing Sino-American competition, Korea’s fluctuating relations with Japan due to their shared, troubled past, North Korea’s nuclear and missiles programs, South Korea’s increasing focus on defense and military spending and Russia’s looming presence, entail a constant muddling of the security environment throughout the region.

4. Gender and Development: ISDP believes that promotion of gender equality, the Women Peace and Security Agenda and their impact on development assistance and endeavors is paramount in today’s environment. Through it’s work, the Center wants to promote understanding of gender-focused research and policy beyond its focus on the “Global North”, by promoting East Asian nations, especially South Korea’s contribution to the subject matter.

Keep up to date on the latest news from global news sources with the Korea Center’s weekly newsletter. Find the most recent informed analysis from prominent think tanks and catch announcements straight from DPRK media. A collection of older issues can be found here.

The Center would like to acknowledge the generous support of the Korea Foundation.